CBJ — The main fund operated by the Canada Pension Plan Investment Board increased its assets by $39.4 billion over the financial year ended March 31, equaling a net annual return of 11.6%.

CPPIB’s CEO Mark Machin says the main driver of growth over the first nine months of fiscal 2018 came from a notable increase in public equity markets.

The CPP Fund received $36.7 billion in net income from investments, after all CPPIB costs, and $2.7 billion in net contributions from employers and employees covered by the Canada Pension Plan.

The investment portfolio’s 10-year real rate of return, which is used as a benchmark against assumptions made by Canada’s chief actuary, was 6.2% while the five-year rate of return was 10.4%.

The chief actuary estimates the CPP Fund can meet its obligations with an average return of 3.9% over 75 years. 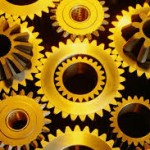 Manufacturing Moves Up in March