Creative Energy and BC Hydro collaborating to decarbonize downtown Vancouver

VANCOUVER, British Columbia, March 10, 2021 (GLOBE NEWSWIRE) — Creative Energy is proposing a bold new plan with the help of BC Hydro to bring low-carbon energy to its existing and future customers in downtown Vancouver.
Many Vancouverites living downtown may not be aware that their heating comes from a plant at 720 Beatty Street, at the corner of Georgia Street. At this site, Creative Energy currently burns natural gas to produce steam that heats over 200 buildings across more than 45 million square feet of connected real estate in downtown Vancouver and Northeast False Creek. The energy system provides heat and hot water to St. Paul’s Hospital, BC Place Stadium, Rogers Arena, the Vancouver Central Library, the Vancouver Convention Centre, and over 100 residential buildings.This is about to change. Powered by clean, renewable electricity from BC Hydro, the Creative Energy Decarbonization Project will add new electrode steam boilers to Creative Energy’s existing natural gas-powered steam plant. Once in place, Creative Energy’s system would have enough capacity to serve approximately 12 million square feet of new development, enough to serve over 10 years of growth in low-carbon buildings in downtown, the West End, North East False Creek, and False Creek Flats.“The climate crisis requires all of us to look at how we operate and find creative solutions to address emissions,” said Krishnan Iyer, President and CEO of Creative Energy. “Our collaboration with BC Hydro to decarbonize our energy system will not only help environmentally conscious developers and customers achieve their sustainability goals, but also contribute to a longer-term goal of decarbonizing downtown Vancouver by avoiding 38,000 tonnes of greenhouses gases from Creative Energy’s system each year.”To provide electricity to the project, BC Hydro will build a new 1,200 metre underground transmission line from the Murrin Substation in Chinatown to the Creative Energy plant.“We’re excited to partner with Creative Energy on their move to heat buildings across downtown with our clean electricity,” said Chris O’Riley, President and CEO of BC Hydro. “This project helps support electrification goals and reduces greenhouse gas emissions by the equivalent of removing 12,000 gas powered cars from the road each year.”The Creative Energy Decarbonization Project will be housed in the parkade levels of a new building at 720 Beatty Street designed by Bjarke Ingels Group for Westbank and Allied REIT. The new 600,000 ft2 building will provide a zero-carbon workspace, as well as other innovations aimed towards the rapidly expanding technology and creative sectors in Vancouver.The City of Vancouver has been supportive of Creative Energy’s exploration of fuel switch initiatives over the past few years. In conjunction with the redevelopment of 720 Beatty Street, BC Pavilion Corporation is facilitating the creation of a new plant at BC Place Stadium.As a regulated public utility, Creative Energy will be seeking approval for the project from the BC Utilities Commission in 2021. Subject to regulatory approvals and a final investment decision, it is anticipated that commissioning of the electric boiler plant would take place in 2024.About Creative Energy:
Creative Energy is the owner and operator of one of the largest district energy systems in North America. With 50 years of operation in downtown Vancouver and a 99.99% reliability record, Creative Energy contributes to Vancouver’s place as an environmental leader in energy efficiency.Creative Energy currently operates five energy systems, with 12 others under development in British Columbia and Ontario.Media Contact:
Creative Energy
Krishnan Iyer, President and CEO
p. 416 301 2151BC Hydro Media Relations
p. 604 928 6468 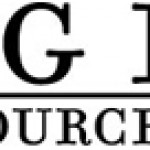