TORONTO, ON–(Marketwired – May 08, 2017) – The Canadian-Croatian Chamber of Commerce (Chamber) is pleased to be welcoming Mate Rimac, Founder and CEO of Rimac Automobili d.o.o. to Canada. The Chamber will be organizing and hosting a number of events featuring Rimac in Toronto and surrounding areas during his visit from May 8-13, 2017.

Rimac is the creator of one of the world’s fastest electric supercars. He founded Rimac Automobili with the vision to create the sports car of the 21st century. Today he is producing the next generation of hypercars and high-performance drivetrain systems.

An incredible story about a young man, who at the age of 19 in 2007, started his business as a garage hobby when he converted his BMW E30 to incorporate an electric powertrain and subsequently gained attention from press and investors. Today, Rimac Automobili is a team of over 250 under the leadership of Mate Rimac.

In addition to becoming recognized as a hypercar manufacturer, Rimac Automobili is partnering up with many global brands including Aston Martin, Koenigsegg and Tajima, among others — developing and producing high-performance battery systems, powertrains and other systems for many big names in the auto industry. British luxury car manufacturer Aston Martin recently announced that Rimac Automobili will be one of their key technical partners for AM-RB 001, the hypercar they are working on with Red Bull Racing. Rimac Automobili considers itself a technology company that helps the industry make electrified, smart and exciting cars for the future.

During his visit to Canada, Rimac will, among other activities, tour the Waterloo Centre for Automotive Research (WatCAR) at the University of Waterloo and the McMaster Automotive Resource Centre (MARC) at McMaster University in Hamilton; meet with local companies focused on electric vehicles and related technologies; and meet with business professionals on Bay Street in Toronto to discuss potential opportunities. To conclude his visit, Rimac will deliver a keynote address on Friday, May 12 at the 15th Annual Business Excellence Awards dinner hosted by the Chamber in Burlington, Ontario. The event is an excellent opportunity for those in attendance to hear more about Rimac’s contributions to innovation and development of high-performance electric vehicles.

“We are honoured to host Mate Rimac during his visit to Canada,” said Ivan Grbesic, a member of the board of directors of the Chamber and one of the coordinators of the visit. “Rimac Automobili has done a great job at not only developing the Concept One and Concept S models but in using its vehicles to showcase the technologies that it develops in Croatia — a country with no car industry to speak of. Nikola Tesla would be extremely proud of the said vehicles, Rimac Automobili and his Croatian homeland for their contributions to the advancement and developments in electric vehicles,” said Grbesic.

Founded in 1995, the Canadian-Croatian Chamber of Commerce is a not-for-profit network of Croatian-Canadian businesses, professionals and organizations that has emerged as the voice of Croatian-Canadian business in Canada. Canada has one of the largest and most successful Croatian communities outside of Croatia and the Chamber brings together businesses, professionals and organizations with strategic relationships (economic, commercial, political, and cultural) in both Canada and Croatia. 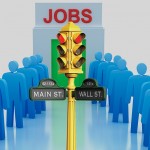