CALGARY, Alberta, April 03, 2018 (GLOBE NEWSWIRE) — Crescent Point Energy Corp. (“Crescent Point” or the “Company”) (TSX:CPG) (NYSE:CPG) is pleased to announce that first quarter 2018 production and cash flow from its U.S. assets have grown year-over-year by approximately 60 percent and 175 percent respectively. The Company is also pleased to announce its land position in the emerging East Shale Duvernay light oil resource play, which totals over 355,000 net acres, or approximately 555 net sections, at a low entry cost of approximately $315 per acre.

“Our U.S. assets continue to grow and exceed expectations,” said Scott Saxberg, president and CEO of Crescent Point. “Within our five-year plan, we expect production from these U.S. resource plays to more than double to approximately 80,000 boe/d. This growth is primarily driven by our Uinta Basin play and conservatively forecasts approximately 45 net horizontal wells drilled per year.”

During first quarter 2018, Crescent Point successfully completed its first stacked horizontal development in the Uinta Basin, targeting the Castle Peak, Wasatch and Uteland Butte zones. After completing a Castle Peak two-mile horizontal well in second quarter 2017, which flowed at an initial 60-day rate of over 900 boe/d, the Company recently curtailed production in order to drill and complete a dual pad targeting the Wasatch and Uteland Butte zones within the same drilling spacing unit. Current production from the combined Wasatch and Uteland Butte zones is ahead of expectations at approximately 3,100 boe/d after 45 days and is comprised of approximately 93 percent oil and liquids. Furthermore, production from the Company’s Castle Peak well is now increasing since coming back online and has already produced over 205,000 boe in less than 230 days. Crescent Point is currently completing another stacked horizontal development targeting the same three zones.

“Our current horizontal type-wells in the Uinta Basin have attractive economics with the opportunity for improvement as we target cost reductions of over 10 percent through multi-well pad development,” said Saxberg. “During first quarter 2018, we completed a successful down-spacing program equivalent to an eight wells per drilling spacing unit. This highlights the potential for additional locations within our current inventory of approximately 850 net risked locations, which are primarily based on four wells per drilling spacing unit.”

Throughout 2017, Crescent Point also focused on organically increasing its initial land position in the emerging East Shale Duvernay. Since its entry in 2015, the Company has completed detailed geological mapping in order to target high-quality land in the emerging light oil resource play. Crescent Point’s significant land position of over 355,000 net acres provides a high working-interest with strong land tenure.

“The Duvernay is very exciting for Crescent Point and is consistent with our strategy of developing large oil-in-place resource pools with low recovery to date,” said Saxberg. “Our strategic land base combined with strong production results to date by industry, highlight the potential for scaleable growth that is not reflected in our 2018 production guidance or our current five-year plan.”

To date, Crescent Point has participated in two gross (one net) non-operated horizontal wells with a lateral length of one-and-a-half-miles, the first of which has flowed at an impressive initial 30-day and 90-day rate of approximately 570 boe/d and 515 boe/d respectively, comprised of approximately 92 percent oil and liquids. The second well has been flowing for less than 30 days with initial rates similar to the first well. The Company is currently planning to drill a total of four operated net wells in the first half of 2018. This drilling program is reflected in the Company’s 2018 capital expenditures budget, which is expected to generate a total payout ratio of 99 percent as previously disclosed on January 9, 2018.

“The addition of the East Shale Duvernay play complements our asset base with additional high-impact light oil wells and operational flexibility,” said Saxberg.

In 2018, the Company remains committed to maintaining a strong financial position by balancing its cash outflows with inflows, including dispositions. Crescent Point is also focused on per share growth, generating returns on capital employed and advancing new technologies for ongoing efficiencies.

In this press release, the Company uses the terms “total payout”. This term does not have any standardized meaning as prescribed by IFRS and, therefore, may not be comparable with the calculation of similar measures presented by other issuers.

Forward-Looking Statements and Other Matters

In particular, this press release contains forward-looking statements pertaining, among other things, to the following: the expected production from Crescent Point’s U.S. assets within the Company’s five-year plan and the primary drivers of such growth; the number of horizontal wells forecasted to be drilled within the five-year plan; targeted cost reduction in the Uinta Basin through multi-well pad development; the potential for additional locations being added to the Company’s risked Uinta inventory; the potential for scaleable growth in the East Shale Duvernay; the Company’s drilling plans in the East Shale Duvernay for the first half of 2018; the expected payout ratio associated with the Company’s drilling program; the Company’s ongoing commitment to maintaining a strong financial position by balancing cash outflows with inflows, including through dispositions; and the Company’s focus on per share growth, generating returns on capital employed and advancing new technologies for ongoing efficiencies.

All forward-looking statements are based on Crescent Point’s beliefs and assumptions based on information available at the time the assumption was made. Crescent Point believes that the expectations reflected in these forward-looking statements are reasonable but no assurance can be given that these expectations will prove to be correct and such forward-looking statements included in this report should not be unduly relied upon. By their nature, such forward-looking statements are subject to a number of risks, uncertainties and assumptions, which could cause actual results or other expectations to differ materially from those anticipated, expressed or implied by such statements, including those material risks discussed in the Company’s Annual Information Form for the year ended December 31, 2017 under “Risk Factors” and our Management’s Discussion and Analysis for the year ended December 31, 2017, under the headings “Risk Factors” and “Forward-Looking Information”. The material assumptions are disclosed in the Management’s Discussion and Analysis for the year ended December 31, 2017, under the headings “Capital Expenditures”, “Liquidity and Capital Resources”, “Critical Accounting Estimates”, “Risk Factors”, “Changes in Accounting Policies” and “Outlook”. In addition, risk factors include: financial risk of marketing reserves at an acceptable price given market conditions; volatility in market prices for oil and natural gas; delays in business operations, pipeline restrictions, blowouts; the risk of carrying out operations with minimal environmental impact; industry conditions including changes in laws and regulations and the adoption of new environmental laws and regulations and changes in how they are interpreted and enforced; risks and uncertainties related to all oil and gas interests and operations on tribal lands; uncertainties associated with estimating oil and natural gas reserves; economic risk of finding and producing reserves at a reasonable cost; uncertainties associated with partner plans and approvals; operational matters related to non-operated properties; increased competition for, among other things, capital, acquisitions of reserves and undeveloped lands; competition for and availability of qualified personnel or management; incorrect assessments of the value of acquisitions and exploration and development programs; unexpected geological, technical, drilling, construction and processing problems; availability of insurance; fluctuations in foreign exchange and interest rates; stock market volatility; failure to realize the anticipated benefits of acquisitions; general economic, market and business conditions; uncertainties associated with regulatory approvals; uncertainty of government policy changes; uncertainties associated with credit facilities and counterparty credit risk; and changes in income tax laws, tax laws, crown royalty rates and incentive programs relating to the oil and gas industry; and other factors, many of which are outside the control of Crescent Point. The impact of any one risk, uncertainty or factor on a particular forward-looking statement is not determinable with certainty as these are interdependent and Crescent Point’s future course of action depends on management’s assessment of all information available at the relevant time.

This press release refers to approximately 850 risked net Uinta horizontal locations, of which approximately 60 are booked as at December 31, 2017.

Additional information on these and other factors that could affect Crescent Point’s operations or financial results are included in Crescent Point’s reports on file with Canadian and U.S. securities regulatory authorities. Readers are cautioned not to place undue reliance on this forward-looking information, which is given as of the date it is expressed herein or otherwise. Crescent Point undertakes no obligation to update publicly or revise any forward-looking statements, whether as a result of new information, future events or otherwise, unless required to do so pursuant to applicable law. All subsequent forward-looking statements, whether written or oral, attributable to Crescent Point or persons acting on the Company’s behalf are expressly qualified in their entirety by these cautionary statements. 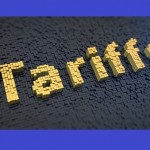