LONDON, ON and BOSTON, MA–(Marketwired – January 10, 2017) – Critical Outcome Technologies Inc. (“COTI” or the “Company”) (TSX VENTURE: COT) (OTCQB: COTQF), a clinical stage biotechnology company advancing a pipeline of targeted therapies for the treatment of cancer, announced today that the Company has commenced dosing women in the fourth cohort of its ongoing Phase 1 clinical trial of COTI-2 intended for the treatment of gynecological cancers. The objective of the fourth cohort is to continue to evaluate the safety and tolerability of COTI-2.

“We are pleased to report that the first two patients in cohort 4 have begun receiving COTI-2 at a dosage level of 1.7 mg/kg, an increase from the 1.0 mg/kg level of cohort 3. We are further pleased to report that there were no significant adverse events attributed to treatment in any of the cohort 3 patients,” said Alison Silva, COTI’s President & CEO. “Preliminary clinical data is consistent with the low toxicity profile observed during preclinical studies. Accordingly, the independent Dose Escalation Committee granted a favourable opinion to move ahead with the fourth cohort of patients. We are pleased with the Committee’s recommendation and trial advancement to date.”

More information about COTI-2 and the ongoing clinical study is available on the Company website: http://criticaloutcome.com/coti-2.

COTI is a clinical stage biotechnology company advancing innovative and targeted therapies for the treatment of cancer. The Company’s lead compound, COTI‐2, has a novel p53‐targeting mechanism of action with selective and potent anti‐cancer activity. A potential breakthrough treatment for many types of human cancers, COTI-2 is a potent small molecule activator of misfolded mutant p53 proteins. COTI‐2 is being initially evaluated for the treatment of gynecologic cancers, which includes ovarian, cervical, and endometrial cancers in a Phase 1 clinical trial at the MD Anderson Cancer Center at the University of Texas and the Lurie Cancer Center at Northwestern University. The Company has secured orphan drug status in the U.S. for COTI‐2 for the treatment of ovarian cancer in patients failing first line therapies and is planning additional studies in other cancer indications. These studies are supported by more than ten animal xenograft models showing both single and combination agent activity of COTI‐2 with other leading cancer drugs. Preclinical data provides evidence to suggest a potentially dramatic change in the treatment of cancers with mutations of the p53 gene. The Company is also advancing COTI‐219, a novel oral small molecule compound targeting the mutant forms of KRAS and discovered using the Company’s proprietary drug discovery technology platform, CHEMSAS®. KRAS is a highly desirable drug target as these mutations are detected in up to one‐quarter of all human cancers, particularly lung, colorectal, pancreatic, and thyroid cancers and represents a tremendous unmet clinical need. An IND for evaluating COTI-219 in clinical trials in the U.S. is expected in late 2017. COTI-2 and COTI-219 represent significant opportunities to target two fundamental and central pathways responsible for the development of multiple cancers. COTI‐2 and COTI‐219 each have the potential to either independently or in combination with other therapies, dramatically improve the outcome for many people with cancer.

Information contained in this press release may contain certain statements, which constitute “forward-looking statements” as such term is defined under applicable securities laws. For example, the statements, “An IND for evaluating COTI-219 in clinical trials in the U.S. is expected in late 2017″ and “COTI‐2 and COTI‐219 each have the potential to either independently or in combination with other therapies, dramatically improve the outcome for many people with cancer” are forward-looking statements. Forward‐looking statements by their nature are not guarantees of future performance and are based upon management’s current expectations, estimates, projections and assumptions. COTI operates in a highly competitive environment that involves significant risks and uncertainties, which could cause actual results to differ materially from those anticipated in these forward‐looking statements. Management of COTI considers the assumptions on which these forward‐looking statements are based to be reasonable, but as a result of the many risk factors, cautions the reader that actual results could differ materially from those expressed or implied in these forward-looking statements. Information in this press release should be considered accurate only as of the date of the release and may be superseded by more recent information disclosed in later press releases, filings with the securities regulatory authorities or otherwise. 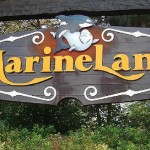