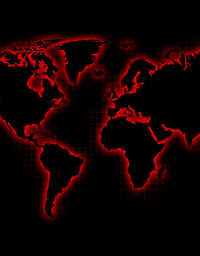 When Judge Richard Posner, the prolific conservative intellectual, released his book A Failure of Capitalism: The Crisis of ’08 and the Descent into Depression last year, you might have thought the final verdict was in: Capitalism caused the economic downturn and high unemployment.

That this verdict was pronounced by someone like Posner, who is associated with the University of Chicago and the free-market law and economics movement, gave moral support to all the politicians who were intent on exploiting the recession (as they exploit all crises) to increase government control of the economy.
But what exactly is this “capitalism” that is blamed?

The truth is that we don’t have a free market — government regulation and management are pervasive — so it’s misleading to say that “capitalism” caused today’s problems. The free market is innocent.

But it’s fair to say that crony capitalism created the economic mess.

What is crony capitalism? It’s the economic system in which the marketplace is substantially shaped by a cozy relationship among government, big business and big labour. Under crony capitalism, governments bestow a variety of privileges that are simply unattainable in the free market, including import restrictions, bailouts, subsidies and loan guarantees.

Crony capitalism is as old as the republic itself. Congress’ first act in 1789 — on July 4, no less — was a tariff on foreign goods to protect influential domestic business interests.

We don’t have to look far to see how crony-dominated American capitalism is today. The politically connected tire and steel industries get government relief from a “surge” of imports from China. (Who cares if American consumers want to pay less for Chinese steel and tires?) Crony capitalism, better know as government bailouts, saved General Motors and Chrysler from extinction, with Barack Obama cronies the United Auto Workers getting preferential treatment over other creditors and generous stock holdings (especially outrageous considering that the union helped bankrupt the companies in the first place with fat pensions and wasteful work rules). Banks and insurance companies (like AIG) are bailed out because they are deemed too big to fail. Favored farmers get crop subsidies.

The role that regulation plays in crony capitalism is unappreciated. Critics of business assume that regulation is how government tames corporations. But historically, regulation has been how one set of businesses (usually bigger, well-connected ones) gains advantages over others. Timothy Carney’s book about this, The Big Ripoff: How Big Business and Big Government Steal Your Money, explains why Phillip Morris joined the “war on tobacco,” General Motors pushed for clean-air legislation and Archer Daniels Midland likes ethanol subsidies.

As economist Bruce Yandle writes, “Industry support of regulation is not rare at all; indeed, it is the norm.”

If you wonder why, ask yourself: Which are more likely to be hampered by vigorous regulatory standards: entrenched corporations with their overstaffed legal and accounting departments or small startups trying to get off the ground? Regulation can kill competition — and incumbents like it that way.

When will Michael Moore figure this out? His last movie attacked what he calls capitalism, but his own work shows that it’s not the free market that causes the ills he abhors. Had he called the movie Crony Capitalism: A Love Story, he would have been on firmer ground.

What’s taking us so long?

He can be contacted at 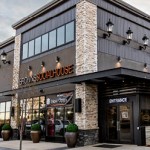 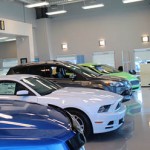