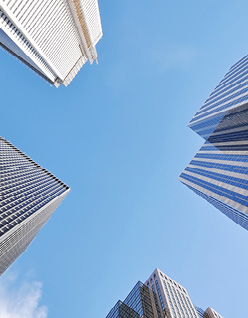 Like many in the money business, the recession hit hard at Crown Capital Partners. Chris Johnson, President and CEO of Crown Capital Partners, told The Canadian Business Journal, “Being in the mid-mark of Canadian enterprises, we started feeling it in 2007 with the credit crunch and that impacted our portfolio pretty quickly. We deal with a lot of operating businesses, we had about 20 or 30 businesses at the time and then suddenly their access to banking became very challenged.

“We put more capital in to help companies restructure the size, so we were quite active before the recession. We were fighting both what was in our portfolio and also our own capital as well. We focused on today’s client, our active list of accounts, so we had 25 or so fully invested companies.”

Moving forward, in 2005, Crown Capital Partners raised $150 million in capital from U.S. institutions, using this funding over the next two years, but as Johnson commented, “Then the world got bumpy and our capital supplier had financial difficulties of their own and could no longer support a new program.”

“With that new relationship is new contacts, and we have closed on a new fund in 2011,” Johnson added.

Johnson states that Crown Capital Partners is a “grinder”, detailing that there are few reasons to approve a deal, meaning that it strives for only the best investments and then sticking with it.

“We like the complexity of deals; we manage, fund, and underwrite the complex deals. We’ve also delivered good results. Our investment track record is top of the industry. We’ve done it by really making sure that we avoid capital losses, so that when a lot of other people might throw in the towel on investment, we really fight to get our investor’s capital back,” Johnson said. “In doing so, we avoid the losses. We might have the same wins as the next guy, but less losses, so our overall return is a lot stronger.”

Crown Capital Partners describes itself as one of the industry’s “survivors”, having lived through the worst economic cycle that can be dealt to a company. Crown Capital Partners managed to survive the recession and rebuild itself. Looking toward the future, the goal of Crown Capital Partners is two pronged: to form market leadership and to becoming more commercialized. Rather than sourcing capital for business, Crown Capital Partners strives to become more mainstream, meaning, the company is interested in pursuing commercial lending opportunities, in both Canada and the United States. As Johnson stated, people are always going to be borrowing money.

Principal money lending scenarios offered by Crown Capital Partners include bridge loans and terms loans, with different sizes and risk profiles. Another interest model offered by Crown Capital Partners is the control ownership model, which, depending on the scenarios, sees it buy companies as opposed to lending money, though Johnson noted that the market for lending money is far greater than generating an ownership scenario.

The recession certainly hit the industry of Crown Capital Partners, and today it is one of few companies remaining. The economic downturn shrunk the market from nearly 30 active lenders to today’s version of less than 10.

Johnson said, “It is a relatively uncompetitive market right now, and that is a combination of the recession hitting people’s portfolios pretty hard and people’s group performance not succeeding in raising subsequent funds. Before you might have 10 or 15 bids, but now you have just one. There is still a fairly large gap between where traditional funding has happened and where funding is occurring today.

“Traditionally, pension fund institutions have funded a business like us and they’re [no longer] to the same extend, so it’s much harder today to establish a business than it ever has been.”

“We get the issues that businesses go through, where as our principle competition is bank lenders, but their entrepreneurial organizations are quite the opposite,” Johnson concluded. “We tend to play very strongly to the owner/operator type of business that is looking for capital support, and in those environments we’re competitive on capital, and we bring a lot to the table — a business mind, lots of experience in different industries, and an understanding of the issues they deal with as an entrepreneur.”