Crystal Balling the Economic Back-end of 2013 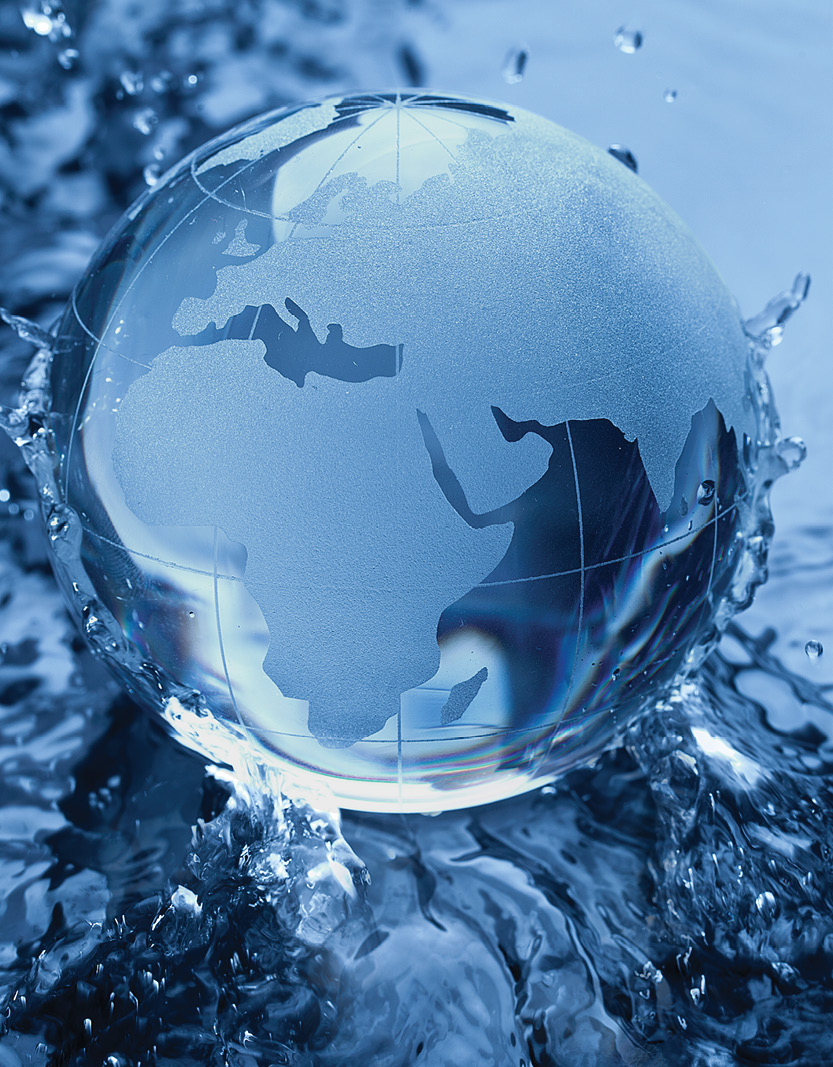 One of Canada’s leading banking economists believes the global economy is headed for better times in 2014 thanks in large part because of a slow but steady improvement in the United States and greater stability with a number of European Union nations.
BMO Chief Economist Doug Porter made the comments to The Canadian Business Journal after addressing a business audience at the Toronto Region Board of Trade.

As part of his projections for the second half of 2013 and into next year, Porter is of the opinion the American economy will grow at a quicker pace than Canada’s. In fact, he says it’s likely to be case for the next several years. The Canadian economic rate of growth is expected to be 1.5 per cent for 2013 and just 1 per cent in 2014.

Another positive to be taken from a strengthening American economy is that it should provide some much-needed stability with commodity prices, but he feels it’s doubtful they’re going to reach the plateaus reached over the past few years.

With Mark Carney now acclimatized in his new role as Governor with the Bank of England, new Bank of Canada Governor Stephen Poloz has also fit in nicely filling Carney’s shoes. Based on early movements from Poloz, Porter expects the Bank rate will hold steady at an even 1 per cent for at least another year and maybe longer. He told CBJ that he predicts the benchmark rate will go up by 50 basis points a year from now, slightly before Ben Bernanke at the Federal Reserve raises interest rates south of the border.

Poloz says the Canadian economy needs to expand its capacity and improve business confidence in order to stimulate job creation.
“To realize the economic growth that Canada is looking for… we need to see the rebuilding of capacity,” Poloz says. “This will require growing confidence among existing businesses and entrepreneurs.”

The manufacturing sector has been particularly hard hit by the effects of the recession and we’re now in a state of trying to put the pieces back together. But more and more manufacturing is taking a back seat to technology, which means a shift in skills requirements for workers not only now, but for future generations. Companies hoping to regain lost momentum prior to 2008 need to ratchet up production to compensate for lost output.

Poloz is of the belief that foreign demand in Canadian goods and services will also continue to rebound as other countries also make their recovery. In fact Poloz says there are signs that the sequence is already under way.

Porter told CBJ he expects to see The Bank of Canada raise its benchmark interest rate in July of next year. His prediction is that we’ll see an increase of 50 basis points – or half a percent. That in turn could put pressure on the Canadian dollar until the U.S. hikes its rates, likely further down the road.

“If the currency gets too strong, then the bank will likely stand back and won’t raise interest rates as much as what we’ve predicted” Porter says.

The robust Canadian dollar may make us feel proud that our currency is running on a par with the strong U.S. dollar, but it’s a huge impediment for the manufacturing sector, which has notably been hard hit in Ontario. With the dollar so high, there’s much less appetite for Americans to purchase our goods when they can find them cheaper in other countries – namely China.

“While I think the manufacturers that have survived are very competitive, that doesn’t mean that it’s an easy ride from here on out,” Porter warns. “They likely need the combination of either a weaker Canadian dollar or a better U.S. economy to continue to thrive.”

Overall, Porter is of the opinion the global economy is headed for a better year in 2014 on the back of growth in the United States and more stable conditions in Europe. He says the American economy will almost certainly grow at a faster rate than ours for the next few years, helped in large part by a solid comeback in housing prices south of the border.

“For a number of years Canada was outpacing the U.S., and now we’re in a situation where there’s just a lot more pent-up demand in the U.S. than there is in Canada,” Porter states. “Our consumer has tapped out, there’s not a lot of room for domestic spending to grow, and we think that the tables have turned and that’s going to be the story for the next number of years.”

There has been a stagnant environment for quite some time now, with the average consumer still very cautious about overspending.

“Our consumer has tapped out, there’s not a lot of room for domestic spending to grow, and we think the tables have turned and that’s going to be the story for the next number of years.” Porter remarks.

The central bank lowered its growth forecast for the year by half a point to 1.5 per cent in April and has maintained that position ever since. By 2015, there have been expectations of 2.8 per cent annualized growth, but that had been on the assumption both 2013 and 2014 projections would have been stronger.

Progressive stability in many European nations has also helped stem the tide of turmoil, although there are still countries such as Greece and Portugal that have a long way to go to even reach bottom. Caught in the midst of explosive austerity battles with lenders such as Germany, Greek government officials and its citizens have not come up with a cohesive plan with regards to how any bailout money should be spent in order to get the economy back on track.

While Chinese GDP could show improvement towards an 8 per cent pace as early as the end of 2013, it is not likely to have much of an impact on other economies as Chinese imports are currently showing no growth at all on a year-over-year basis.

Of major concern to Canada and many other countries in the world is whether or not China will have a so-called “hard” or “soft” landing with its scraping lower in many facets of its domestic economy. After many years of rapid growth, the party had to end some time, and now a lot of attendees don’t have any place else to go, at least not to the point of being able to recapture the type of revenues generated in dealing with China as a primary partner.

China’s economic model has relied heavily on investment – and also debt. It shouldn’t be a surprise that after many years of tremendous growth driven at first by badly needed investments, Chinese spending on infrastructure and manufacturing capacity is slowing down. To protect itself from the risk of a more serious debt crisis, China must dramatically slow down its spending, and that’s bad news for any of its international trading partners.

It’s not that China isn’t continuing to grow – it’s just not continuing to grow at the meteoric pace other countries had come to expect. But the slowdown will have negative effects on some countries more than others. If GDP growth declines but average Chinese household income grows at about 5 per cent a year, it would likely be enough to keep everyone satisfied.

Meanwhile, household debt and moderate growth in real incomes throughout this country is expected to put the brakes on domestic consumption while governments around the world continue to be hit by smaller than expected revenue streams due to a general downward trend to nominal GDP.

There’s really no certain way to determine just where the core of our economic base will be focused as we look ahead towards the next five to 10 years. In the past, manufacturing has largely carried the torch, but the best days there have come and gone, with many human resources replaced by automation. The services sector stands to make gains, but will that and other developing areas be enough to create employment for the same percentage of the population.

If you go back as far as the end of World War Two, there are basically no more people working in manufacturing and construction in the U.S. than there were in the early 1950s.

“About the same number were working in services back then – but now there’s about eight times as many as in manufacturing,” Porter remarks. “As an economist I can’t tell you where the growth is going to come but it’s been the story for 50 or 60 years where we’ve seen this move away from manufacturing jobs into other sectors.

“But as the U.S. economy continues to get back on its feet, I think that will be a big boost for the manufacturing sector,” Porter continues. “I think we’ll also benefit from stronger U.S. demand and a bit of a weaker dollar over the medium term.”

Is there a particular sweet spot where the Canadian dollar would be ideally positioned to benefit both the economic well-being of the country and exporting our products to international destinations?

“It actually depends on what commodity prices are doing at any time, but I would say based on factors in place right now a currency around 90 cents U.S. would be I think almost the sweet spot,” Porter reveals. “It wouldn’t be so weak that it would lead to inflation but it wouldn’t be so strong that it would act as a dead-weight drag on manufacturing and tourism and even retail.”

Globally, there’s been a huge improvement in the poverty index throughout the years according to Porter, largely due to China and to a lesser extent India. It was coming down in the U.S. but the 2008 caused it to spike upwards again, but the long-term trend has been down in both Canada and the U.S.

In the U.S., the Federal Reserve, through quantitative easing has been trying to hold down all interest rates by buying bonds, which in turn drives up their value and lowers long-term interest rates.

“Now there’s talk the Federal Reserve may start to reel back on quantitative easing which is leading to a bit of an upward drift in long-term rates, but not the short-term interest rates,” Porter mentions. Five, 10 and 30-year bond yields have started to rise this summer and that’s what has put pressure on mortgage rates here in Canada, with our bond yields raising in sympathy with those in the U.S. The bonds in both countries are like magnet and steel, largely mirroring one another.

As for his take on new Bank of Canada Governor Stephen Poloz, Porter says it will take more time to fully comprehend his style, but up to this point he’s pretty much stuck to the script.

“The one area where we’ve seen a bit of light between him and Mr. Carney is he really looks like he’s trying to bury that whole debt-money issue, the buildup of cash on the balance sheets of businesses. His view is that it’s not an issue.”

We also took the opportunity to ask Porter what he felt would be in store for Mark Carney, now just over a month into his new job as Governor of the Bank of England.

The other challenge is the UK economy has been in much rougher shape than ours, so it’s more of a challenge on that front. One thing he’s got going for him is that their economy is starting to improve, so he may have timed it just right.”

In just his third day on the job he quickly set the tone by revealing the Bank of England will keep interest rates at a record low for longer than investors had expected. The 48-year-old Carney is the first foreigner to run the 319-year-old institution and early indications are that he’s pushing the BoE toward the policy guidance tool that he favours. It also signals that central bank will keep monetary policy accommodative as higher bond yields and volatility in markets threaten the U.K.’s economic recovery.