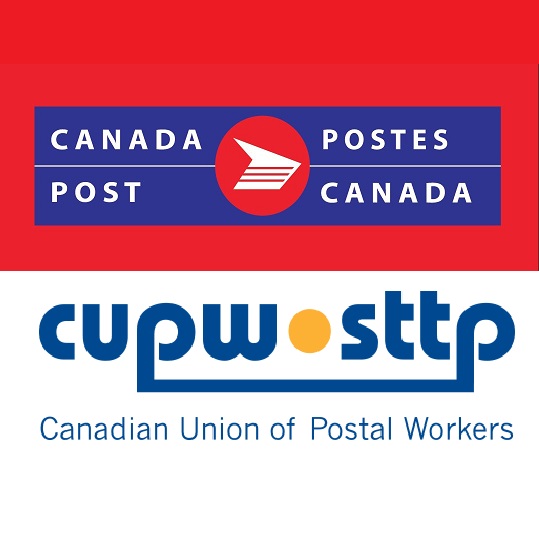 CBJ — The Canadian Union of Postal Workers has handed out a strike notice to Canada Post that indicates CUPW workers could walk off the job as early as this coming Monday.

Rotating strikes could begin on October 22 if a tentative agreement cannot be reached between the Crown corporation and the Urban Postal Operations and Rural and Suburban Mail Carriers bargaining units.

The scale of the job action will depend in part on how talks go in the coming days, but union president Mike Palecek said they would look to avoid inconveniencing the public. By taking this move, CUPW is hoping the threat of job action will help Canada Post in engaging in more aggressive dialogue.

The union has been pushing for 3.5% annual wage increases but has been met with offers of 1.5% from Canada Post — which is below the average rate of inflation.

Canada Post spokesman Jon Hamilton said in a statement that the service has found common ground with the union on several issues including workload concerns and has made meaningful offers.

The advent of the internet essentially wiped out letter mail revenue for Canada Post. Monthly bills can also be paid online, which leaves the parcel industry as the main revenue stream, in direct competition with such companies as UPS, FedEx and Purolator. Canada Post is the biggest parcel shipping company in the country, having delivered about one million parcels per day during the holiday season last year — an increase of 20% over the same period in 2016.