The 2015 Ontario auditor general’s annual report raises concerns about the fact that the Wynne government doesn’t have a long-term infrastructure plan that includes an accurate description of the current condition of the Province’s assets, including roads and buildings.

That is to say that there is no reliable estimate of Ontario’s infrastructure deficit – a crucial factor in making evidence-based, properly planned investment decisions, both for new capital and refurbishment of existing infrastructure.

Contributing to government’s inability to create an accurate estimate of its infrastructure deficit is the lack of consistency among municipal asset management plans that communities must produce in order to qualify for infrastructure funding.

Municipal asset management plans help communities track and categorize not just what sort of infrastructure they have, but also its precise condition, including location, age, and condition and remaining life expectancy – all essential variables to consider when prioritizing crucial infrastructure investments.

These plans are essential for the Province and municipalities to prioritize where to invest valuable dollars, ensuring they’re being directed to infrastructure priorities accordingly.

However, despite their needs, fewer than 40% of Ontario’s municipalities have a long-term asset management plan in place according to the research undertaken in 2012 by Ontario’s Ministry of Municipal Affairs and Housing.

The problem is rooted in the absence of a standardized framework for assessment in the Building Together: Guide for Municipal Asset Management Plans, a provincial publication published in 2012 by the Ministry of Economic Development, Employment and Infrastructure – then the Ontario Ministry of Infrastructure.

Current MAMP should be modified to provide municipalities with a framework for standardized classification, assessment or measurement of assets. For example, despite the fact that municipalities are asked to include a detailed analysis of the characteristics and conditions of the asset classes in their plans, the guidelines don’t identify a measurable minimum threshold as to how to assess the current asset conditions. They instead recommend applying standard engineering practices to categorize asset status into general ratings of ‘good’, ‘fair’ and ‘poor’.

Likewise, municipalities have to apply their own set of performance measures to evaluate the current and desired levels of performance of their asset classes. This prevents municipal plans from providing an accurate, objective assessment of current conditions and performance levels of infrastructure across municipalities. These inconsistencies hinder the Province’s decision making process for prioritizing infrastructure projects and ability to track and measure their success.

As Ontario plans to invest more than $120 billion on infrastructure in the coming decade, this is a problem that must be solved. It begins with the Province embarking on an overhaul of the current guidelines to incorporate a standardized framework.

Considering the complexity of such a task, it makes sense for government to work with experts of different engineering disciplines to build new guidelines that allow municipalities to conduct effective asset management planning even with their limited staff and resources. Only when communities clearly communicate their needs, can the Province make informed infrastructure investment decisions.

Barry Steinberg is CEO of Consulting Engineers of Ontario, which represents the interests of 200 engineering firms employing nearly 20,000 Ontarians. 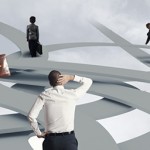 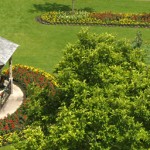 The City of Woodstock