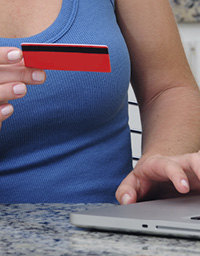 Social media is supposed to be about dialogue. But if many consumers feel like they’re banging their heads against a Facebook wall, they’re not alone: most complaints remain unanswered on Facebook and Twitter despite the boom in consumers turning to social media first for company complaints.

Wacktrap.com says making complaints social is the solution, connecting customers and cutting the struggle to make consumers wait on businesses to respond.

Founders Shannon Miller and Suzanne Ziesche say Wacktrap.com is a win-win for companies and customers, allowing consumers to do what they already do naturally – help one another.

A May 2012 American Express study finds that one in five Americans turn to social media first as a resource for complaints, even before any phone call. Fifty percent more people now choose the form of immediate dialogue than in 2011. But despite the trend in consumers turning online for help, the bulk of companies still fail to respond.

About 70 per cent of complaints remain unanswered on Twitter alone.

“Businesses may appreciate the ‘Likes’ Facebook has to offer,” says Ziesche.

Insensitive representatives, customers shuffled without resolutions, long wait times, and customers forced to follow up on issues themselves were the top four complaints in the American Express study.

“Wacktrap.com is a win-win for both customers and businesses by easing the pain of customers and simultaneously taking pressure off of companies,” notes Miller.  The website puts consumers in direct connection with experiences, and the people behind them, for faster fixes.

Complaints are not new. Neither are efforts to effectively handle them. Wacktrap.com alters the landscape. “Whether companies don’t respond via social media because they are ignoring customers or fear public response, the result is the same,” says Miller.

Among the top reasons American Express says consumers turn to social media for complaints: venting frustrations and asking other customers how to have better experiences.

Wacktrap.com is solving the problem of consumers typically forced to wait on businesses to respond.