HAMILTON, Ontario, June 02, 2020 (GLOBE NEWSWIRE) — On Friday, May 29th, 2020, the Quebec government published their latest tobacco policy document titled “Stratégies pour un Québec sans tabac.” Although the Canadian Vaping Association (CVA) broadly agrees with the guidelines outlined within, we are also considerably shocked by the complete absence of harm reduction throughout the entirety of the document; an absence we find inexcusable in a public health policy document in 2020.
On harm reduction
Harm reduction approaches form an integral and widely accepted part of established best practices in public health policy. It is troubling that the Quebec government’s omission of harm reduction in its tobacco policy may be ideological rather than scientific, and its glaring absence is very much to the detriment of public health.The government correctly states within its policy document that no vaping device has to date been formally recognized by Health Canada as a tobacco cessation tool. Yet this statement is also misleading because vaping’s primary purpose is not tobacco cessation but rather tobacco harm reduction. Health Canada recognizes the harm reduction potential of switching from tobacco to vaping. Indeed, the scientific consensus on the reduced risk of vaping as compared to tobacco use is clear, and smokers in Quebec have a constitutional right and expectation to be provided with accurate information from their public health authorities.A US study1 published in 2017 found that if all of the country’s smokers replaced their cigarettes with vaping, between 1.6 million to 6.6 million tobacco-related deaths would be averted over a span of 10 years in that country. The beneficial impact of a harm reductionist approach in tobacco policy to public health cannot be overstated, and it could translate into potentially tens or even hundreds of thousands of averted deaths over an equal span of time in Quebec.Tobacco cessation is not synonymous with nicotine cessation
We’re concerned that the Quebec government may be conflating tobacco cessation with nicotine cessation. This confusion may be due to the province’s classification of vaping as a “tobacco product,” although vaping products contain no actual tobacco. They do however contain nicotine, a habit-forming yet relatively benign stimulant to adults.Tobacco cessation is commonly understood by both researchers and the public to be the successful abstinence from the consumption of tobacco products such as cigarettes and cigars. Defined as such, vaping is indeed a powerful tobacco cessation tool. In a study of nearly 900 smokers published in the New England Journal of Medicine last year2, the abstinence rate after 1 year for e-cigarette users was nearly double (18%) that of the NRT group (9.9%). Numerous other credible studies have reported similar findings.The same study also reported that the “rate of continuing e-cigarette use was fairly high;” an expected outcome if vaping is viewed as a reduced risk replacement to tobacco; indeed, the authors note that “for heavy smokers with a high risk of relapse, long-term e-cigarette use may also assist with preventing relapse.” However, when abstinence from nicotine is set as the sole measure of success, we are effectively condemning an enormous number of smokers to their tobacco use, with all of the consequent disastrous health outcomes.Quebec smokers deserve better
The Canadian Vaping Association calls on the Quebec government and public health authorities to:Recognize the indispensable role of harm reduction in the province’s tobacco policy;Amend their latest tobacco policy document to include concrete harm reductionist approaches, of which vaping must form a part;Provide smokers in Quebec with clear and factual relative risk statements on vaping as compared to tobacco.About the Canadian Vaping Association
The Canadian Vaping Association (thecva.org) is a registered national, not-for-profit organization, established as the voice for the burgeoning Canadian vaping industry. Founded in 2014, the CVA represents over 300 retail and online vaping businesses in Canada, not including tobacco companies or affiliates. The association is the primary liaison with the federal and provincial governments on all legislative and regulatory issues related to the industry. The primary goal of CVA is to ensure that government regulation is reasonable and practical, through the strategy of professional proactive communication and education supplied bilingually to health officers, media, and elected officials.For more information please contact:Darryl Tempest
Executive Director
647-274-1867
dtempest@thecva.org1. Potential deaths averted in USA by replacing cigarettes with e-cigarettes
2. A Randomized Trial of E-Cigarettes versus Nicotine-Replacement Therapy 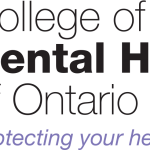 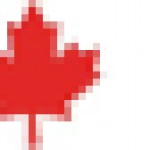