“The survival of critically endangered species like the Right Whale depend on our immediate responses,” said Rick Bates, CEO of CWF. “We don’t have time to wait.”

If current trends continue, there may be more plastic than fish in the ocean by 2050.

“Plastic pollution in Canadian waters entangles marine wildlife causing harm or death and ends up in the stomachs of many of our large marine wildlife species,” Bates said. “We need the Federal Government to continue to show leadership on reducing Canada’s plastic footprint by drastically reducing our reliance on single-use packaging.”

There are more than 800 marine animal incidents reported in Canada each year including entangled, beached or entrapped animals.

CWF helped establish the Canadian Marine Animal Response Alliance (CMARA) to co-ordinate the efforts of regional networks that respond to marine animal emergencies. You can help these networks by reporting sightings of marine animals dead or in distress. You can also join CWF in encouraging government funding for the important work of these highly trained response specialists. There are more than 33 species of whale, 11 species of seals and sea lions, and four species of turtles found in Canada’s oceans. Many of these species are at risk.

New research conducted by CWF has shown that the survival of federally protected North Atlantic Right Whale requires an immediate reduction in the risk of entanglement in commercial fishing gear. In Atlantic Canada, almost all the risk occurs during July, August and September (12 per cent, 50 per cent and 37 per cent respectively). The groundfish fishery contributes the greatest proportion (86 per cent) of annual risk. The North Atlantic Right Whale is one of the most endangered whales in the world, with a population of around 500 individuals.

CWF calIs for restricting fishing in the Grand Manan Basin and the Roseway Basin during these peak months. A third of the Right Whale entanglement risk is associated with these two areas off the coasts of New Brunswick and Nova Scotia, though fishery catch estimates in the basins are relatively small and declining.

“This strategy could prevent the death of one or two right whales every year, which is enough to make the difference between the long term recovery and extinction of the species,” said Bates. “The opportunity to reduce risk would be substantial and the disruption to fisheries would be minimal.”

About the Canadian Wildlife Federation:

The Canadian Wildlife Federation is a national, not-for-profit charitable organization dedicated to fostering awareness and appreciation of our natural world. By spreading knowledge of human impacts on the environment, carrying out research, developing and delivering education programs, promoting the sustainable use of natural resources, recommending changes to policy and co-operating with like-minded partners, CWF encourages a future in which Canadians can live in harmony with nature. For more information visit CanadianWildlifeFederation.ca. 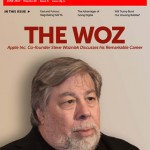