The Canadian Business Journal recently spoke with President Todd Burns about his company’s proven solutions in the form of superior results-oriented products combined with environmental integrity. Innovation and an intensive research and development strategy is a significant part of the company’s philosophy as it continues to expand.

“All of our solutions are environmentally friendly, non-corrosive and non-toxic,” begins Burns. “Our products are sold in highly concentrated liquid and powder forms, which increases shelf life and significantly reduces shipping costs, allowing us to cater to a global market.”

Burns has travelled to and completed projects in more than 20 countries and has managed to take what was merely a concept and transformed it into a successful business over the past seven years while a team of engineers, chemists, production managers, foremen and marketing managers make up the professional staff at headquarters where the line of products are manufactured. The company has seen substantial growth while fostering a process strategy focused on innovation and environmentally sustainable practices.

EarthZyme is a unique soil stabilizer used to significantly increase the performance of clay-based haul roads, reducing their maintenance requirements and costs, and eliminating the need for gravel.

The nucleus of the company was originally developed upon the EarthZyme product. Cypher Environmental had bought that technology from another company and has since reformulated it to develop its own intellectual property in terms of a brand new formula and the results have been astounding, with the enhanced product performing 50% better than the previous incarnation.

“We always knew there was a big challenge especially in developing countries in terms of the need for better infrastructure and better roads. We believe we have the solution to a lot of challenges that exist with different materials and climates around the world,” says Burns.

The real differentiator between EarthZyme and all the other soil stabilization products on the market is how concentrated it is; one litre treats 33 cubic metres of compacted soil. It reacts permanently with the soil for long-term stability.

“As an example, if I was looking to stabilize one kilometre road by seven metres wide at 15cm in depth, which is a standard secondary road, you’re only looking at using roughly 40 litres of product so it’s very, very cost effective,” explains Burns.

In the mining industry there are gargantuan trucks that weigh 400 tons when empty. The road bends underneath the weight of that vehicle and as a result there is more friction between the tire and the road, so it’s almost like constantly driving uphill. With the use of EarthZyme, there is a reduction in the amount of deflection and therefore it reduces rolling resistance, which makes the trucks more fuel efficient.

EarthZyme is limited to working with clay-based soils so Burns and his team felt they were pigeon-holing themselves by only having a solution to one type of material, which is why Cypher Environmental expanded its line of products.

Dust Stop Liquid Concentrate is a polymer-based highly concentrated liquid product that is applied with standard equipment. It can either be lightly mixed into the road or sprayed over the surface. As soon as it dries the polymers bind to one another into all the solid materials that it comes in contact with and creates a barrier to control the dust.

“We initially thought we had to have our dust control products in powder form to be competitive globally. We thought we had to eliminate that waterway to be competitive but we just found after a few years it was too challenging to mix the powder with the water. Instead we opted to create a liquid product that was still concentrated so we could ship it all over the world,” says Burns.

Cypher Environmental developed the product specifically to be effective in the mining industry. It is very flexible and will not break under the weight of heavy haul trucks and is applicable for municipal roads and mining roads alike.

The municipal sector is one Burns and his team sees as being an area with tremendous growth potential and thus a new product named Dust Stop Municipal Blend was introduced to the marketplace earlier this year. It was developed as a lower cost alternative for dust control on roads.

“We always had Dust Stop Liquid Concentrate, which is an environmentally friendly polymer product but it came with an additional cost. Instead of beating our heads against the wall we always knew that we had a product that would be cheaper in a complete life cycle and save money,” says Burns.

Municipalities are notorious for selecting the cheapest products rather than the more expensive options with longer life expectancies. Rather than try and upsell municipalities, Cypher Environmental decided to develop an equally low cost product that does not come with any negative environmental side effects that are so often present in many other companies’ commercial products.

“We did a strategic alliance research project with Red River College that was funded by the Natural Sciences and Engineering Research Council (NSERC) and the product was developed quite quickly. We did lab and field testing and were thrilled with the results and commercialized the product earlier this year,” says Burns.

A bacteria and enzyme-based product that comes in powder form, UltraZyme is mixed with water and then poured or pumped into various different applications. For wastewater treatment, septic tanks, grease traps, ponds, lagoons – it can be used for odour control. Cypher Environmental has three different blends of the product. They are all based on the same premise and core technology but with different enzymes and bacteria. One is for general wastewater treatment and odour control. It breaks up solids in septic tanks and keeps them free flowing.

A second product in the line digests hydrocarbons on land and in water.

“We’ve done work with the University of Saskatchewan researching the digestion of hydrocarbon contaminated soil with a high saline content. In fracking oil extraction there’s actually a lot of salt water or brine that’s used and so therefore the soil that can be contaminated. We’ve also done research on remediation of oil sands tailings with this product as well,” says Burns.

A third blend of the UltraZyme line of products is called UltraZyme AquaCulture, which is used to digest high nitrogen contaminated water and is an application that is most often used on algae. It is designed to break down excess waste material in ponds, reducing the amount of available nitrogen and the algal population.

A diversified client base has been established at Cypher with mining, agriculture, construction and municipal leading the way in terms of productivity and growth with several other sectors having been identified as having strong future potential. In addition to the staff in Winnipeg the company recently opened an office in Calgary. There are also a vast number of distributors who are in constant communication from all parts of the globe.

“Mining right now is our bread and butter. We sell to mines all over the world and some of the biggest names, whether it’s Syncrude, Tech Resources or Agnico Eagle,” confirms Burns.

Burns also made a recent trip to China working on a project with a mining company called Huatuo that has to haul a considerable amount of material on a daily basis, which leaves the roads excessively overtaxed. Huatuo had just been using pure slag on the roads and Burns says he’d never seen a dustier environment in his life.

“We found a local clay source and through a project with our distributors we mixed clay with the slag and we did a section where we stabilized it with EarthZyme, one section with Dust Stop Liquid Concentrate and one section with Dust Stop Municipal Blend and the results have been excellent. We’re taking mine waste and recycling it and turning it into a high performance end product with no adverse impacts on the environment,” he says.

Winnipeg has a reputation for being a close-knit business community, which helps to open doors. Cypher is a member of the Chamber of Commerce and being geographically centrally located right in the middle of Canada has its benefits as well.

An important project Cypher Environmental is currently engaged in is a joint effort with Arcelor Mittal with them sending samples of their slag and Cypher sending back product samples. It’s a potential partnership that could reap big rewards for both sides in the future.

The succession plan for growth is something Burns thinks about and works on constantly. By the year 2020 he definitely expects to have satellite manufacturing facilities up and running in various parts of the world.

“I did a trade mission to the Canary Islands looking at using that as a distribution hub or a satellite manufacturing location as well,” says Burns. “It is just off the coast of Morocco and is often called the gateway to three continents – Europe, Africa and South America. We believe there are many opportunities there and elsewhere worldwide.”

Cypher Environmental is committed to providing creative, entrepreneurial and forward thinking technological and environmentally-friendly solutions through focused research, collaboration and excellent engineering in providing the absolute best products to the international marketplace. 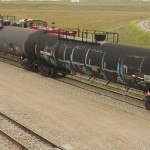