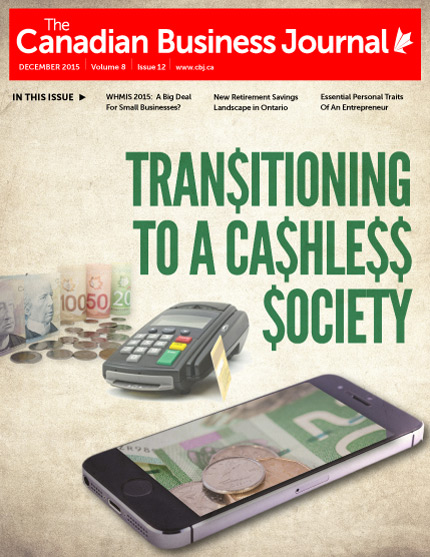 This month we take a look at what it will mean for Canada to become 100% cashless. It’s not nearly as daunting as some might think. As of now, about 54% of all monetary transactions are done with debit or credit cards, but extricating that final 44% will take a fair amount of time and money as well as a commitment from government, business and private citizens. Denmark is trying the all-cashless approach as of this January, with Norway and Sweden expected to follow suit. It will be interesting to see what growing pains they encounter, if any.

An economic tale of two provinces: one good, the other not so much. Quebec Finance Minister Carlos Leitao says the country’s secondlargest province is on track for a balanced budget by next year. Canada’s largest province is mired in a financial mess, and evidently it’s not going to get better any time soon. Queen’s Park is projecting that its deficit for next year will be $7.5 billion. Despite that grim figure, the Liberal government maintains it can eliminate the deficit by 2017-18.

It’s rather incredible how Tim Hortons can be so successful here in Canada and be met with such mixed financial returns in some parts of the United States. In Canada, opening a Timmy’s is essentially a licence to print money. It’s been said that the vast majority of locations have their daily costs entirely covered by 9am and the rest is pure profit in the form of icing on the cake – or donut – in this instance. Just recently a number of locations were closed in New York State and Maine.

Black Friday was celebrated – if you can call it that – as part of U.S. Thanksgiving, but border towns here in Canada also took part, knowing full well that Americans hungry for bargains would likely make the trek north to save money with the U.S. dollar so strong against the lagging loonie. However, financial experts said the long weekend was unlikely to bring much cheer to investors looking for a revival in retail stocks. The most notorious part of Black Friday seems to have become the annual brawls in the retail stores amongst rapid shoppers. The battle for the steamer at Walmart has already become this year’s big hit on YouTube.

Did You Know?… Warner Music owns the copyrights to “Happy Birthday,” so it’s technically owed royalties every time you sing it to someone on their big day. 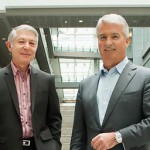 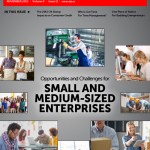