For as far back as memories go, Alberta has always been one of the most financially stable provinces in the country. Blessed with a seemingly endless supply of oil reserves, including the oilsands, as well as precious metals, it has been a region of tremendous prosperity, dating back to the first boon in the 1980s.

However, international economic conditions took a sharp 180-degree turn when the price of oil began a rapid descent. The reason for the decline in value can be attributed to a massive glut of excess oil on the market, put there by members of OPEC. It’s all been part of their planned response to a decision by the United States to become energy self-sufficient. OPEC, not wanting to lose the U.S. as a customer, took the approach that they’d saturate the market with oil in order to bring the prices down so far that U.S. companies would no longer engage in the expensive process of fracking.

It’s been estimated that fracking is not financially viable at much less than $60 per barrel. When oil was trading at $115 per barrel it made sense, but at $38 or less – not so much. However, most U.S. companies have ignored their short-term losses and continued down the path of self- sufficiency, stubborn as it may seem.

Glen Hodgson, chief economist of the Conference Board of Canada, also gave credit to “those frackin Americans” for the increased supply and downward pressure on oil prices. As a result he found investments in the oil industry to be down by 35-40%.

The high-stakes game of chicken has been going on for almost two years now. If it doesn’t end soon there is the very real possibility it could destroy OPEC as we now know it, which many believe would actually be a good thing, to once and for all end its international monopoly on the industry. There is already tremendous internal bickering amongst OPEC nations, with some member countries wanting the oversupply to end and get back to charging proper rates for their precious commodity, while others such as Russia, Iran and Nigeria choose stay the course, feeling that any money is better than no money and with expectations that the Americans will stop their own drilling if the commodity remains cheap enough.

Through all of this Alberta and other oil-producing regions of Canada have been caught in the middle. China’s economy is expected to expand by a much smaller 6% this year, meaning they too will need much less of our Canadian oil.

The steep decline in oil prices means that the downturn in Alberta’s economy is now much deeper than had been forecasted. Although the outlook for 2016 has deteriorated, there are some factors that remain supportive of growth, such as increased oilsands output and a lower Canadian dollar supporting nonenergy exports.

Increased public capital spending will help offset some of the declines in private sector investment.

Over the past decade, about 30% of provincial revenue on average has come directly from natural resources through energy royalties. This 30% figure captures only part of the energy sector’s contribution, since much of Alberta’s corporate and income tax revenue is also tied to the development of oil and gas resources.

Over the next five years, Rachel Notley’s NDP government is taking advantage of available industry capacity and low interest rates and increasing Alberta’s capital spending plan by 15% for infrastructure families and communities rely on.

A number of groups have been asking the provincial government to rule out tax increases in the April 14 budget. Another contentious issue centres on whether or not to delay the proposed increase in the hourly minimum wage, which is set to reach $15 in 2018. The second Thursday in April is going to be a very telling one as to whether or not there is a viable plan to get Alberta’s problems dealt with head on.

Finance Minister Joe Ceci has admitted the deficit will be large.

Ceci has also promised there will be no cuts to education and healthcare, which obviously means other departments should brace themselves for substantially less in the budget.

“We believe that protecting health and education are necessary for the health of the province,” Ceci says. “Those are bedrocks, solid things that need to be there for us.”

But members of a new Alberta association representing 15 trade organizations from the construction, energy, retail, restaurant and other industries say low oil and gas prices are helping push business and consumer confidence near all-time lows while the provincial unemployment rate goes through the roof. They expect the government to come up with solutions immediately.

Companies are seeking immediate government action on issues such as details about a potential job-creation strategy and a program aimed at mitigating cost increases from the carbon tax. Notley and Finance Minister Joe Ceci have found themselves in the hot-seat and there seems like no easy solution to get out. Prior to the reading of the budget, it appears the deficit will likely be in excess of $10.4 billion.

The energy sector directly accounts for roughly a quarter of the Alberta economy on a GDP basis, and this sector has been beleaguered by oil prices that have fallen more than 70% since mid-2014.

“Albertans are focusing on solutions,” says Mary Moran, President and CEO, Calgary Economic Development. “We know we don’t emerge intact from these downturns by giving up, feeling sorry for ourselves or focusing on the negatives. While we aren’t waiting for solutions from Ottawa, we do need our elected politicians at all levels to work to create an environment that supports Canada’s energy.”

The downturn in commodities has hit men harder than women. Since oil began its decline in 2014, thousands of men in Alberta have lost their jobs while thousands of women have found work. According to Statistics Canada about 16,000 men have been laid off from September 2014 to the end of 2015. On the flipside, 22,800 women have found new positions over the same period.

“You consistently see that men are more affected than women by the downturn in Alberta,” said Armine Yalnizyan, senior economist with the Canadian Centre for Policy Alternatives. “This is common in the early part of a recession. Later, the pain spreads from goods-producing industries, typically male-dominated, to ancillary support industries in the service sector, more female dominated.”

The bulk of jobs lost were in mining, oil and gas, manufacturing, construction and technical services – all industries that tend to be good-paying jobs and dominated by men. Women also lost some positions in natural resources, but to a far lesser extent. They managed to secure jobs in areas such as wholesale, retail, healthcare and education. While it’s great that women have found jobs, the vast majority are lower-paid positions than those in the resources industry, which impacts on the overall tax base for the province.

The province’s jobless rate is expected to soon surpass the national average and government data show a deep decline among men in the core working age group of 25-54.

Employment agencies in the province have reported a sharp uptick in applicants while job opportunities are limited.

“If they stay in Alberta, they can look for other work. It won’t be as well paid and it will be pretty precarious,” says Jim Stanford, Unifor special advisor. “There will be no automatic transition to new work, and even less well-paid new work.”

Wages in the province are dropping amid the downturn. The average weekly pay fell 2.4% to $1,130 in the year ended in November, according to StatsCan. The earnings decline has also spread to other parts of Alberta’s economy, such as real estate, construction, accommodation and food services.

Alberta has often been known as the province that attracts people from other areas of Canada. But over the past year a number of those transplanted Albertans – and even native Albertans – have begun to seek employment elsewhere, where economic conditions are not so bleak. Ontario and British Columbia have been the two primary destinations for unemployed Albertans looking for new work. But there’s no guarantee of finding jobs in those provinces, which themselves are treading water but are by no means enjoying robust economic times.

The number of Albertans collecting employment insurance has skyrocketed more than 90% since the start of 2015. Statistics Canada reports that 63,800 Albertans were receiving EI cheques in January — a 2% increase from December’s figures and up 91% from the 33,400 receiving benefits a year earlier. Alberta’s current jobless rate of 7.5% is at its highest level in 21 years as the province lost tens of thousands of jobs in the beleaguered resource sector as oil prices plunged. Calgary saw a month-to-month increase of 1.7% in the number of EI recipients, while the numbers in Edmonton rose by 2.4%.

Alberta’s economic hardships impact on other provinces as well, notably Ontario. Alberta pulled up the overall standard of living in Canada when a sizable portion of the country’s wealth was coming from the resource-rich province. Now that Alberta’s economy is sputtering, Ontario will no longer be eligible to receive equalization once its standard of living is aligned with a lower national average. Many financial experts and economists will also say that it’s misleading to have Ontario lumped in with other “have not” provinces because even though it receives equalization, it still sends far more money to Ottawa in the form of tax revenues than it receives in federal support.

Alberta does have a substantial presence in other business industries including forestry, education, tourism, finance, and manufacturing but none of those can take the place of natural resources and the billions of dollars it adds to both the provincial and national economy. It’s brought about a standard of living that has been so constant that being without it is a huge strain on the system.

The federal government is promising $125 billion in upgrades to national infrastructure but it’s still unclear what additional funding might be made available for Alberta. The feds have already sent about $250 million in relief, but the province will need much more than that. For many decades Alberta has been one of the main pillars of Canadian economic success, sending billions of dollars in taxes and equalization transfer payments to Ottawa. It will be interesting to see how Ottawa responds when one of its richest provinces reaches out for assistance.

From 1990 to 2003, Alberta’s economy grew by 57% compared to 43% for all of Canada—the strongest economic growth of any region in Canada. Since 2014 Alberta has been in its longest prolonged economic slump since the 1980s, and expectations are it could be at least another year before there is a significant turnaround. The April 14 budget will answer some questions, but it’s a helpless feeling knowing that Canada can only watch from the sidelines as the international oil feud continues. When it will end is anybody’s guess. 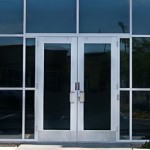 Reasons Why Some Businesses Do Not Sell 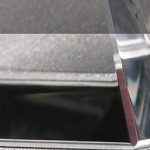 Paperweight Keeps Canadian Companies from Getting Ahead