CBJ — Word coming out of Frankfort, Germany is that Deutsche Bank will be laying off 18,000 people at various international locations as the bank looks to save more than $8 billion a year as part of a rebrand following another tough annual loss to its bottom line and battered public shares.

It’s expected a majority of the job cuts will be in Frankfort, London, Sydney and New York.

Germany’s largest lender is shutting down its global equities operations after realizing its dream of becoming a force on Wall Street has not panned out the way executives had envisioned.

Founded in 1870, Deutsche Bank has long been a major source of finance and advice for German companies seeking to expand abroad or raise money through the bond or equity markets.

Big cuts to its investment bank mark a reversal of a decades-long expansion that began with its purchase of Morgan Grenfell in London in 1989 and continued a decade later with a takeover of Bankers Trust in the United States. 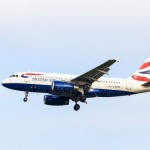