BROSSARD, Quebec, April 06, 2021 (GLOBE NEWSWIRE) — Diagnos Inc. (“DIAGNOS” or the “Corporation”) (TSX Venture: ADK) (OTCQB: DGNOF) (FRA: 4D4A), a leader in early detection of critical health issues through the use of its FLAIRE platform based on Artificial Intelligence (AI), announces today the signing of an exclusive distribution agreement with Diagnos Europe GmbH (“Diagnos Europe”), a new partner for DIAGNOS to tackle the strategically important DACH countries in the European market (Germany, Austria, Switzerland) and the surrounding countries Poland, Luxembourg and Liechtenstein in order to prepare a successful market entry for the Company’s products and services in Central Europe, a crucial territory for DIAGNOS with a significant market potential in access of more than 140 million people.

DACH is an abbreviation and D stands for Deutschland (Germany), A, Austria, and CH, Confoederatio Helvetica, (Switzerland). Therefore, it refers to the mostly German-speaking center of Europe. The DACH economy is one of the most stable in the entire world since the end of World War II and it is by far the largest and most promising market for IT and AI in Europe. Diagnos Europe is fully specialized on go-to-market strategies and services in the DACH countries and have developed for DIAGNOS a variety of market entry strategies offering the Company a practical and effective launch pad into the DACH market.

Just as the DACH region has become established as Europe’s most important region for the optical market, DIAGNOS will be benefiting from the forthcoming market entry developments and has in addition that long tapping into European potential. The German market, in particular, plays a leading role in the optical industry and thus also for the Company and Diagnos Europe in terms of preparing the implementation of specific sales activities. Alongside the French market, which DIAGNOS is also targeting at the same time, the German-speaking market is the most important in Europe and also the most interesting for the company as a result of its stable growth rates over the past several years. For 2019, the German optical industry was able to record its most successful financial year in a decade, far outperforming other European markets (total sales compared to 2018 were up by 5.4% at EUR 4.7 billion; 2019 thus exceeding all expectations and a continuation of the growth trend that has persisted since 2011. Opticians and optometrists have continuously been able to look forward to a further increase in turnover, which rose to almost EUR 6.5 billion in 2019 and even more in 2020).

The healthcare systems in the DACH region are among the best in the world. In Switzerland, in particular, the Healthcare Professions Act (Gesundheitsberufegesetz), which came into force at the start of the year, has placed the industry in a more important position in terms of healthcare. Optometric services, screenings and preventative eye health play an increasingly important role as well in the markets of Germany and Austria, which are similar despite the difference in size. Demographic changes and people’s growing responsibility for their own health indicates that the positive forecasts for the future, which were made before the corona crisis, should continue to hold true, which is certainly a clear market potential for DIAGNOS in the DACH region.

For example, a large majority of patients with diabetes who develop diabetic retinopathy have no symptoms until damage to their vision is irreversible. While annual ophthalmic screening is recommended for all those with diabetes, even in the developed world, typically less than half get screened. The number of diabetics in the DACH countries is evaluated at over 10 million in a total population of 140 million people. Adding to this is the limited number of ophthalmologists, healthcare providers with a retinal (fundus) camera, and a historical delay in ophthalmologist appointments for screening or remote image reading.

“Our goal is to launch our concerted European sales efforts in the DACH region (Germany, Austria and Switzerland), plus Poland, Liechtenstein and Luxembourg in the heart of Central Europe. DIAGNOS’ extensive network in these countries, combined with the Company’s AI technology, provides the opportunity to access and serve a significant number of European patients with high levels of risk of losing their vision due to diabetes. There is an immediate need for DIAGNOS’ AI technology to address the huge backlog generated by the pandemic”, said Mr. André Larente, CEO of DIAGNOS.

“We understand the demand for early detection and treatment of the disease and the economics this represents in our market. Without a doubt, we’ll accomplish the goal to enable DIAGNOS to access the specialists and patients in need by laying the foundation for DIAGNOS’ European market entry”, added Mr. Rolf Kaewel, Managing Director of Diagnos Europe.

“DIAGNOS complies with the highest standards in terms of delivering precision results and in real-time, so the referral of patients is done effectively. Our AI technology enhances the experience of the patient and our indications shows that at least 9% of referrals will be sent to the specialists so they can be treated properly,” added Mr. Larente. “Europe is the region in the world with the largest population of diabetes between ages 0-14, and 20-79 and at least 75% live in urban areas where the prevalence is at least 12% or more creating a huge market potential for DIAGNOS”, concluded Mr. Larente.

Additional information is available at www.diagnos.com and www.sedar.com 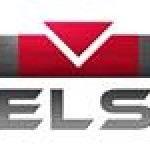 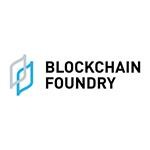