Phones and plans to 100 Ontario shelters and transition houses to help women and their children, including Indigenous women, escape violence and abuse

Rogers enabling safe, critical connectivity for women in crisis as shelters see a spike in frequency and severity of violence during the pandemic

TORONTO, April 26, 2021 (GLOBE NEWSWIRE) — Rogers Communications today announced it has expanded its phone and plan program to connect more Ontario women and their children with digital lifelines and support to escape violence and abuse. Rogers has increased its support from last year, by donating phones and plans to 100 Ontario women’s shelters and transition houses in Rogers wireless coverage areas during this third wave of the pandemic. As the severity and frequency of domestic violence and demand for safe shelter space continues to rise following initial pandemic lockdowns a year ago, Rogers is expanding its efforts to drive awareness and safe connectivity to support the most vulnerable, including the recently announced network expansion across Eastern Ontario to enable more safe connectivity.

Last spring, at the start of the pandemic, Rogers launched a national program with Women’s Shelters Canada to provide hundreds of phones and plans to more than 100 shelters, including those across Ontario, in addition to using the reach of its platforms and channels to help increase awareness of the domestic violence crisis. With growing waitlists for women’s shelters and transition houses, frontline crisis workers say these devices will continue to save women’s lives by keeping them safely connected to critical resources, particularly during lockdowns. The phone donation program is provided in collaboration with Motorola and LG.

Access to devices, plans and network coverage is vitally important, now more than ever. Rogers recently announced it is expanding wireless network coverage across Eastern Ontario, including along 11,000 km of major highways. By 2025 when construction of new towers is complete, the project will improve safety for everyone in the region’s 113 municipalities and Indigenous communities, including women whose lives may depend on being able to make an emergency call.

As part of its efforts to ensure access to connectivity, Rogers also recently announced an expansion of its low-cost high-speed Internet program Connected for Success to hundreds of thousands of Canadians in its Internet coverage area, including across Ontario. Those receiving income or disability support, the maximum childcare benefit, residents of RGI housing or seniors receiving the Guaranteed Income Supplement are eligible for the program.

“Isolation and the economic impacts of the pandemic have led to an increase in violence and abuse across the country and too many Canadian women are facing this dual storm.  Rogers is proud to partner with the Ontario Association of Interval and Transition Houses to provide phones and plans as digital lifelines to Ontario women in crisis, while we continue investing in expanding our networks to improve safety by closing critical communication gaps across the province.”
- Sevaun Palvetzian, Chief Communications Officer and lead for corporate responsibility at Rogers

“As we continue to move through this pandemic in Ontario, increasing access to gender-based violence services, while decreasing the digital divide faced by many survivors is vitally important.  We’re excited about this partnership that works towards more access to the Rogers network, paired with the tools and resources being provided to Violence Against Women Shelter’s across Ontario to ensure survivors are connected to their support system.”
- Marlene Ham, Executive Director, Ontario Association of Interval and Transition Houses

“As we enter a third wave of the pandemic, many Indigenous women living in remote communities are facing increased challenges in escaping violence and abuse. Providing these women with a new phone when they arrive at our shelters will prove to be a valuable tool in keeping them safely connected to family and friends, as well as vital services. Rogers’ expanded ‘digital lifeline’ program and planned network expansion are sure to benefit many Indigenous women and children seeking refuge in our shelters.”
- Sheila Swasson, President, National Aboriginal Circle Against Family Violence

“Violence against women and children is completely unacceptable. Every person deserves to be safe and have supports when they are not. It is clear we need all sectors – public, private and non-profit – to support these individuals going through the trauma of abuse. I am grateful initiatives like this will provide a lifeline for those fleeing violence.”
- The Honourable Jill Dunlop, Associate Minister of Children and Women’s Issues and Member of Provincial Parliament for Simcoe North 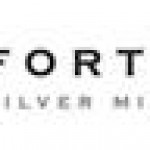