Lionsgate’s division, Pilgrim Media Group, implements the Glenco’s protocol for optimal health and safety during filming of Mike Tyson special
Investor Webinar to be held Monday, August 10th at 10 am Eastern Time
NOT FOR DISTRIBUTION TO UNITED STATES NEWSWIRE SERVICES OR FOR DISSEMINATION IN THE UNITED STATESTORONTO, Aug. 06, 2020 (GLOBE NEWSWIRE) — QuestCap Inc. (“QuestCap” or the “Company”) (CSE:QSC; FRA:34C1) is pleased to announce the use of Glenco Medical Corp.’s (“Glenco”) Standard for Safe Sets (the “Standard”) by Pilgrim Media Group, a Lionsgate company based in North Hollywood, CA during filming of the Discovery Channel’s Shark Week special with Mike Tyson which airs starting on Sunday, August 9th at 8 pm ET on the Discovery Channel in the US.  QuestCap owns a 30% equity interest in Glenco.The Standard was adopted from standards and protocols originally developed for the professional and amateur sport’s industries entitled “The Standard for Safe Sports™” prepared by Glenco.  The Standard for Safe Sets is compliant with, and aligned to, the film industry’s guidelines “The Safe Way Forward” published and released in June 2020.  With no end in sight for the global pandemic, world industries are just starting to restart their engines for business and commerce. “I am very active in the world of media, film and production,” said Mr. Mike Tyson, the former Heavyweight boxing champion of the world. “Entering a set today for me is a risk to me and my family, one I confidently accept with the inclusion of Glenco’s standard – a standard I know and trust,” concluded Mr. Tyson.“We were very pleased to have the protocols developed by Glenco adopted by Pilgrim Media,” stated Dr. Glenn Copeland, the CEO of Glenco and Scientific Advisor to QuestCap Inc. “It is crucial to adopt in-depth screening processes including several layers designed to assist with protocols of testing, disinfecting, reporting and responding.  Our team works tirelessly to constantly develop and adapt to various industries based on strict medical and scientific data” concludes Dr. Copeland.Investor Webinar
QuestCap Inc. is pleased to host a corporate webinar to provide updates and developments from investment partners.Glenco Medical Corp. is a medical treatment company that specializes in extended clinical care, home treatment and innovative performance technologies using wearable, unrestricted and individual therapies to accelerate orthopaedic injury healing and training recovery. Glenco Medical shares a common interest and commitment with QuestCap in the state and well-being of public health, our communities and a safe return to normal activities for all.Amino Therapeutics is currently focused on developing biologic therapeutics for COVID-19. Amnio’s research targets small molecule drug candidates and targeted drug delivery systems to transport biologics into the cytosol.Spectral Analytics has received Institutional Review Board (IRB) approval for the clinical study and is the Principal Investigator for the Phase 1 study. Spectral is testing the efficacy of the combination of two FDA approved drugs to treat COVID 19.About Lionsgate
Lionsgate Films (formerly known as Cinépix Film Properties) is an American film production and film distribution studio, headquartered in Santa Monica and founded in Canada, and is the flagship division of Lionsgate Entertainment. It is the largest and most successful mini-major film studio in North America. It focuses on foreign and independent films and has distributed various commercially successful film series, including The Hunger Games, Rambo, Divergent, The Punisher (prior to Marvel Studios acquiring its rights back in 2013), John Wick, Saw, Madea, Blair Witch, Now You See Me, Hostel, The Expendables, Sinister, The Twilight Saga and Step Up (both partially, via the firm’s 2012 acquisition of two series’ distributor Summit Entertainment. The latter was distributed by Disney’s Touchstone Pictures since its first film).About QuestCap Inc.
QuestCap Inc. (CSE:QSC; FRA:34C1) is a social-impact investment company. It seeks, secures and funds recognised sciences, technologies, and solutions that impact our global community today.The QuestCap executive team is complemented by a panel of global advisors that provide expertise across industries and geographies. This panel includes prominent immunologist Dr. Lawrence Steinman and Dr. Glenn Copeland, who has 45 years of experience in orthopaedic treatment, foot and ankle care, and sports medicine.QuestCap provides financing for a diverse range of entities in exchange for pre-determined royalties or distributions, or acquires all or part of one or more businesses, portfolios or other assets.For additional information, please contact:Doug Sommerville, CEO
[email protected]For US media enquires please contact:
Veronica Welch
[email protected]
+1-508-643-8000Cautionary Note Regarding Forward-looking InformationThis press release contains “forward-looking information” within the meaning of applicable Canadian securities legislation. Forward-looking information includes, but is not limited to, statements with respect to the use of the Standard; the developments made by Glenco Medical, Spectral Analytics and Amino Therapeutics; the pursuit by QuestCap of investment opportunities; and the merits or potential returns of any such investments. Generally, forward-looking information can be identified by the use of forward-looking terminology such as “plans”, “expects” or “does not expect”, “is expected”, “budget”, “scheduled”, “estimates”, “forecasts”, “intends”, “anticipates” or “does not anticipate”, or “believes”, or variations of such words and phrases or state that certain actions, events or results “may”, “could”, “would”, “might” or “will be taken”, “occur” or “be achieved”. Forward-looking information is subject to known and unknown risks, uncertainties and other factors that may cause the actual results, level of activity, performance or achievements of the Company, as the case may be, to be materially different from those expressed or implied by such forward-looking information. Although the Company has attempted to identify important factors that could cause actual results to differ materially from those contained in forward-looking information, there may be other factors that cause results not to be as anticipated, estimated or intended. There can be no assurance that such information will prove to be accurate, as actual results and future events could differ materially from those anticipated in such statements. Accordingly, readers should not place undue reliance on forward-looking information. The Company does not undertake to update any forward-looking information, except in accordance with applicable securities laws.NEITHER THE CANADIAN SECURITIES EXCHANGE NOR ITS REGULATION SERVICES PROVIDER HAS REVIEWED OR ACCEPTS RESPONSIBILITY FOR THE ADEQUACY OR ACCURACY OF THIS RELEASE. 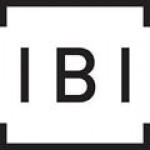 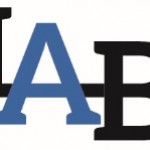