TORONTO, March 31, 2020 (GLOBE NEWSWIRE) — Discovery Metals Corp. (TSX-V: DSV, OTCQX: DSVMF) (“Discovery” or the “Company”) announces that it has temporarily suspended all exploration activities at its Mexican operations due to the increased health and safety risks associated with the growing number of COVID-19 cases in the country. The Company has put in place business continuity plans so that exploration activity can quickly ramp up once it is deemed safe to do so.
The decision to suspend exploration activity is also consistent with a published recommendation from the Mexican Federal Government on March 24, 2020, that all non-essential services be temporarily shut down until April 19, 2020, and also takes into account the closure of local exploration support businesses in response to COVID-19.Discovery has already completed 48 holes totaling 17,500 metres of its planned 30,000 – 35,000 metre Phase 1 drill program. The Company will provide ongoing exploration updates for the 34 drill holes not previously press released once results have been received and validated.Taj Singh, President and CEO, states: “There have not been any confirmed or suspected cases of COVID-19 at our operations however we felt suspending exploration activity temporarily was a prudent measure. We will do what we can to help our local communities limit the impact of the virus as well as use this period to evaluate the large amount of data collected to date to further the significant progress we have already made on understanding and defining the higher-grade zones at Cordero.”The Company had a cash balance of approximately CAD$24 million as at December 31, 2019.About Discovery
Discovery Metals Corp. (TSX-V: DSV, OTCQX: DSVMF) is a Canadian exploration and development company headquartered in Toronto, Canada, and focused on historic mining districts in Mexico. Discovery’s flagship is its 100%-owned Cordero silver project in Chihuahua State, Mexico. The 35,000-hectare property covers a large district that hosts the announced resource as well as numerous exploration targets for bulk tonnage diatreme-hosted, porphyry-style, and carbonate replacement deposits. In addition, Discovery is also exploring multiple high-grade carbonate replacement-style silver-zinc-lead showings in a land package of approximately 150,000 hectares in Coahuila State, Mexico. The land holdings contain numerous historical direct-ship ore workings and significant underground development, but no drill-testing has ever been carried out on them.
For further information contact:Forbes Gemmell, CFA
VP Corporate Development & Investor Relations
forbes.gemmell@dsvmetals.com
416-613-9414On Behalf of the Board of Directors,Taj Singh, M.Eng, P.Eng, CPA,
President, Chief Executive Officer, and DirectorNeither TSX Venture Exchange nor its Regulation Services Provider (as that term is defined in policies of the TSX Venture Exchange) accepts responsibility for the adequacy or accuracy of this release.This news release is not for distribution to United States newswire services or for dissemination in the United States.This news release does not constitute an offer to sell or a solicitation of an offer to buy nor shall there be any sale of any of the securities in any jurisdiction in which such offer, solicitation or sale would be unlawful, including any of the securities in the United States of America. The securities have not been and will not be registered under the United States Securities Act of 1933, as amended (the “1933 Act”) or any state securities laws and may not be offered or sold within the United States or to, or for account or benefit of, U.S. Persons (as defined in Regulation S under the 1933 Act) unless registered under the 1933 Act and applicable state securities laws, or an exemption from such registration requirements is available.Cautionary Note Regarding Forward-Looking StatementsThis news release may include forward-looking statements that are subject to inherent risks and uncertainties. All statements within this news release, other than statements of historical fact, are to be considered forward looking. Although Discovery believes the expectations expressed in such forward-looking statements are based on reasonable assumptions, such statements are not guarantees of future performance and actual results or developments may differ materially from those described in forward-looking statements. Factors that could cause actual results to differ materially from those described in forward-looking statements include fluctuations in market prices, including metal prices, continued availability of capital and financing, and general economic, market or business conditions. There can be no assurances that such statements will prove accurate and, therefore, readers are advised to rely on their own evaluation of such uncertainties. There can be no assurance that the Private Placement will close on the announced terms. Discovery does not assume any obligation to update any forward-looking statements except as required under applicable laws.
CBJ Newsmakers 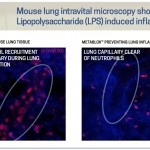 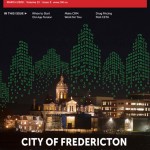