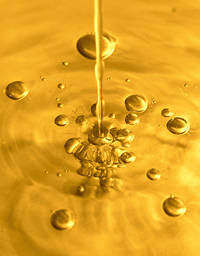 A short while ago I was fortunate enough to meet author Malcolm Gladwell. Gladwell, with his iconic hair, was exactly as I expected him; reserved, pensive and extremely observant. He had managed to back himself into a part of the room that allowed him to observe the entire room.

As the hordes of people came to meet and greet with him he maintained a quiet and thoughtful look on his face as if he was trying to gain new insights from every interaction, while not really interacting with his subjects. It struck me that having insight like his must be a lonely place because of his unique ability to peer through the assumptions of our North America narrative to see unique models and paradigms that lay below collective assumptions. Gladwell had to scan the room for patterns, ask non-obvious questions, and solicit ideas, all while taking into account cultural subtleties.

In his book “What the Dog Saw” which is a collection of articles he had written over the years I was particularly interested in one of the stories called “Blowing Up, How Nassim Taleb Turned the Inevitability of Disaster into an Investment Strategy.”

The piece is actually extremely interesting and if you have not had a chance to read it, I would strongly recommend you do. The gist of the story is about Taleb who bet an investment strategy preparing for extreme situations that would ensure that every day there was the possibility that his firm would make a huge amount of money but would never “blow up” because of extreme volatility and oscillation in the market. He planned every day for the potential downward spiral of the market and positioned himself to benefit from any such market event. Along came September 11, 2001 and the rest is multimillion dollar history.

If necessity is the mother of invention, then crisis is the mother of opportunity.  However, crisis actually has two children, along with the first offspring opportunity there is also the twin brother of disaster. Now judging from the news on any given day we are facing unprecedented amounts of crisis situations and as a result it follows that we are also faced with record amounts of threats and opportunities.

At the time of writing this, oil prices were $103 for WTI Crude Oil and $118 for Brent Crude. Looking at the five-year trend we can see that the prices are marching upward to potentially economy halting levels.

According to McKinsey, “Emerging markets are still in the midst of a historic transition toward greater energy consumption. When global economic performance becomes more robust, oil demand is likely to grow faster than supply capacity can.”

The report goes on to say that they believe in one of the potential scenarios:

“The world could experience a period of significant volatility, with oil prices leaping upward and oscillating between $125 and $175 a barrel.” The majority of that oil would be used for transportation of goods from one place to the next. Economic modeling suggests that by 2020, global GDP would be about $1.5 trillion smaller than expected if this occurred. This is no trivial number; this is a significant amount of money and would have jolting effects on our many societies. But what of the disruptive business model innovators and entrepreneurs that are quietly planning for and positioning themselves for disruption like the one mentioned above.

The disruptive reality of the elusive black swan lurks about unseen as it ferments in the garages of individuals around the globe. To many large companies looking at their competitors for intelligence is critical to keep abreast of what will happen in their industry in five to 10 to 15 years out. This logic is based on the incremental march of their industry and does not take into account the reality of the black swan rising out of crisis or the crisis itself being so disruptive that the companies are no longer able to compete.

Large companies plan their future based on predictability even though they know that one day between now and then they could be disrupted by an unforeseen disruptive phenomenon. For example in 2001 Apple was a computer company, but by 2002 a little-known innovator named Tony Fadell introduced an idea to Apple and they revolutionized the entire music industry in a few years by planting an Apple music store in your house and customizing the user experience. In 2006 Apple now a music and computer company introduced a Star Trek like touch screen technology and marched over Nokia and RIM in just over five years allowing for customized access to content.

Apple talks about the post PC era as they start down the path of making the desktop completely obsolete. Just this quarter IKEA introduced its first piece of furniture with built in TV that could double as a computer/tablet type device. This would be bad news for the TV electronics companies that are not partnered up with the largest retailer of furniture in the world. IKEA also introduced their first ever snap fit like house earlier this year.

Now these disruptions seem obvious with hindsight, however around the corner comes some disruptive innovations that will change the way we create the world around us and change the way we move things around the world.  What if companies plotted to place stores within your house and allowed you to participate in the creation of the products themselves, while enhancing the user experience? 3-D printers allow you to do just that or at least they will.

The 3-D printer applies the raw material (for now plastics) to create real world objects like toy cars and gloves and just about anything plastic that you could design and dream up.  With the connectivity of the internet and social media, the ability to collaborate, it is becoming less complicated to co design and share designs of things that can be created on a 3-D printer. Add in the near future of nanotechnology and creative business models and there in the nest you have a baby black swan growing and waiting for the next crisis.

Preparing for black swans is a complicated challenge that many companies will have to face sooner by choice or later by the forces of disruption. Companies will not just need to have strategic intelligence to guide them, they will also need to create environments and/or separate business units that are allowed to scan for innovations, seek non obvious market signals and conditions, seek out an understanding of cultural necessities and think about how they will react in a world not based on predictability but one based on volatility.

Dwayne Matthews is the Managing Director of Clean 15.