CALGARY, Alberta, April 28, 2021 (GLOBE NEWSWIRE) — Distinction Energy Corp. (“Distinction” or the “Company”) is pleased to announce that it has closed, together with Kiwetinohk Resources Corp. (“Kiwetinohk”), the previously announced $335 million acquisition (including $15 million in potential contingent payments based on future commodity prices) of certain interests in the Simonette area of northwest Alberta (the “Acquisition”).

The Acquisition consists of certain multi-zone, oil and liquids-rich natural gas producing assets in the Simonette area of northwest Alberta, including associated infrastructure and additional assets in the Willesden Green, Ferrier and other areas of Alberta. As of the fourth quarter of 2020, the assets were producing approximately 10,000 barrels of oil equivalent per day, weighted 43% to NGLs.

An independent reserves report on the Acquisition properties effective as of December 31, 2020 was prepared by McDaniel & Associates Consultants Ltd. (“McDaniel”), an independent qualified reserves evaluator, in accordance with National Instrument 51-101 – Standards of Disclosure for Oil and Gas Activities and the Canadian Oil and Gas Evaluation Handbook, in which 50% of the volumes and values represent the net working interest to Distinction of Proved Developed Producing Reserves of 13 MMboe (NPV10 $160 million), Proved Reserves of 30 MMboe (NPV10 $309 million) and 71 MMboe (NPV10 $548 million) on a Proved Plus Probable basis.

The purchase price was shared equally between the Company and Kiwetinohk, with each acquiring a 50% interest in the assets. Distinction’s portion of the Acquisition was financed with cash on hand and a new $127.5 million credit facility from a syndicate of lenders, which will be approximately 50% drawn to fund closing, including ATB Financial (as agent), Bank of Montreal and National Bank of Canada (the “New Credit Facility”). The New Credit Facility amends and restates the Company’s existing credit facility in its entirety and includes, among other amendments, the addition of a syndicated facility, the removal of the accordion feature and an extension of the maturity date to May 31, 2022.

Related Transactions and Changes to the Board of Directors

In connection with the closing of the Acquisition, and pursuant to a settlement agreement (the “Settlement Agreement”) entered into on February 17, 2021, among Luminus Energy IE Designated Activity Company (“Luminus Energy”), 1266580 B.C. Ltd. (an affiliate of Luminus Energy) (“Luminus B.C.”), Kiwetinohk, the Company and Distinction Energy Partnership (“DEP”):

The summary of the provisions of the further amended and restated management services agreement and the further amended and restated investor agreement described above does not purport to be complete and is qualified in its entirety by reference to the provisions of such agreements, copies of which will be filed with the securities regulatory authorities in Canada and be available on Distinction’s SEDAR profile at www.sedar.com.

The following disclosure is provided pursuant to National Instrument 62-103 – The Early Warning System and Related Take-Over Bid and Insider Reporting Issues (“NI 62-103”) in connection with the filing of amended Early Warning Reports regarding the amendment and restatement of the investor agreement described above:

Disclosure of Oil and Gas Information

The use of the boe unit of measurement may be misleading, particularly if used in isolation. A boe conversion ratio of 6 mcf of natural gas to 1 barrel of oil is based on an energy equivalency conversion method primarily applicable at the burner tip and does not represent a value equivalency at the wellhead. In addition, given that the value ratio based on the current price of oil as compared with natural gas is significantly different from the energy equivalent of six to one, utilizing a BOE conversion ratio of 6 Mcf: 1 bbl would be misleading as an indication of value. Distinction’s reported production is a mix of shale gas and natural gas liquids.

Proved reserves are those reserves that can be estimated with a high degree of certainty to be recoverable. It is likely that the actual remaining quantities recovered will exceed the estimated proved reserves. Probable reserves are those additional reserves that are less certain to be recovered than proved reserves. It is equally likely that the actual remaining quantities recovered will be greater or less than the sum of the estimated proved plus probable reserves. Proved developed producing reserves are those reserves that are expected to be recovered from completion intervals open at the time of the estimate. These reserves may be currently producing or, if shut-in, they must have previously been on production, and the date of resumption of production must be known with reasonable certainty. “MMboe” means million barrel of oil equivalent. “NPV10” means net present value discounted at 10%.

Estimates of net present value of future net revenue contained herein do not necessarily represent fair market value of reserves. Estimates of reserves, and future net revenue for individual properties may not reflect the same level of confidence as estimates of reserves and future net revenue for all properties, due to the effect of aggregation. There is no assurance that the forecast price and cost assumptions applied by McDaniel in evaluating the reserves and future net revenue will be attained and variances could be material. There are numerous uncertainties inherent in estimating quantities of oil, natural gas and NGL reserves and cash flows to be derived therefrom, including many factors beyond Distinction’s control. Actual reserves, production and cash flows will vary from the estimates contained in the McDaniel report, and such variations could be material. In general, estimates of economically recoverable oil and natural gas reserves and the future net cash flows therefrom are based upon a number of variable factors and assumptions, such as historical production from the properties, production rates, ultimate reserve recovery, timing and amount of capital expenditures, marketability of oil and gas, royalty rates, the assumed effects of regulation by governmental agencies and future operating costs, all of which may vary from actual results. For those reasons, estimates of the economically recoverable oil and natural gas reserves attributable to any particular group of properties, classification of such reserves based on risk of recovery and estimates of future net revenues expected therefrom prepared by different engineers, or by the same engineers at different times, may vary. Distinction’s actual production, revenues, taxes and development and operating expenditures with respect to its reserves will vary from estimates thereof and such variations could be material. It should not be assumed that the estimates of future net revenue presented in this press release represent the fair market value of the reserves. The reserve and associated cash flow information set forth in the McDaniel report are estimates only and there is no guarantee that the estimated reserves will be recovered. Actual reserves may be greater than or less than the estimates provided therein. 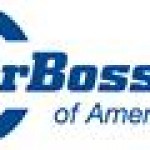 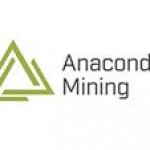 Anaconda Mining Announces a Flow-Through Private Placement Offering for Up to $6.0 Million