Founded by Simon Fraser in 1806 on the alluring shores of beautiful Stuart Lake, Fort St. James is the gateway to a series of rivers and lakes that traverse 400km through central British Columbia. There are about 1,800 residents within the town itself but the number expands to almost 5,000 when including the outer catchment areas of the Regional District of Bulkley-Nechako.

Originally a fur-trading centre, the municipality celebrated its bicentennial in 2006. Incorporation occurred in 1952 but local celebrations are based on the historic Fort’s establishment as opposed to when the charter was granted.

A number of important figures in B.C. history spent time at the original Fort including James Douglas who ended up being one of the founders of the province. For thousands of years there have been First Nations communities in the area and Fort St. James was one of several permanent settlement areas with the Nak’azdli First Nations Band in the neighbouring community. It’s estimated First Nations people comprise about 40% of the entire population across the entire region.

The Canadian Business Journal recently spoke with the District of Fort St. James’s Chief Administrative Officer Kevin Crook about the history of the municipality and some of its traditional primary economic drivers.
During the time the time the Fort was operating it was the administrative capital of the New Caledonia region of the Hudson’s Bay Company. “It was a very important regional post. A lot of things came through this area,” mentions Crook.

Aviation luminaries Grant McConachie and Russ Baker literally got their business off the ground in Fort St. James. Their early companies would eventually be part of a broader amalgamated transformation of what is now Air Canada, the country’s largest passenger airliner. There is a Grant McConachie Way and Russ Baker Way in Richmond near the Vancouver airport in honour of the two pioneering visionaries.

Crook originally moved to the area with his wife about 20 years ago to take a teaching position. He took over as CAO with the local government seven years ago. For a smaller community, Fort St. James has an impressively diversified economy but there is no mistaking that forestry is the primary source of direct and indirect employment. The biggest employer in town is Conifex Timber Inc. with almost 300 people.

“Our economic base for the better part of a century has been forestry. That’s what brings people here and that’s what makes people stay here.”

Apollo Forest Products Ltd. is another substantive mill that employs nearly 200 workers. Both companies have been vital components within the district for many years. Conifex purchased the assets of another mill that had closed down in 2008.

“The mill in Fort St. James was Conifex’s first acquisition. They’ve since expanded to have operations in MacKenzie and a mill in the U.S. Those are two fairly decent-sized mills, which between them forms the largest employment sector to be sure,” says Crook.

In addition to the companies directly involved in forestry are a number of reciprocally-related businesses such as trucking and packing companies, consultants and a number of other enterprises that support the mills.

“I’d say well over 50% of the population somehow makes a direct living through the forest industry,” says Crook.
The region is blessed with a strong mining community, with copper and gold leading the way. Mount Milligan is the largest operation about 100km to the northeast. Nearly 100 people from Fort St. James either work there part-time, full-time or in a related business with similar numbers coming from MacKenzie and Prince George.

A significant number of ranches provide the base for a well-established agricultural sector in Fort St. James. Most of the farmers deal primarily in cattle and hay although others are stocked with other animals and a variety of crops. Blessed with numerous lakes and rivers the region serves as an outstanding source for recreational fishing. Stuart Lake is nearly 100km long giving anglers and hunters a large area to explore. An annual fishing derby is held every July with a top prize of $10,000 for the biggest rainbow trout.

On the education front there is a secondary school and two elementary schools, including a kindergarten to Grade 7 operated by the local First Nations band.

“There is also a satellite campus of the college of New Caledonia here,” says Crook. “They offer a number of postsecondary courses mainly whatever industry needs at the time.”

As Fort St. James continues to expand its horizons Crook says there will be consideration to bring aboard an economic development officer, but for the time being the responsibility remains with him.

“In 2013 the district won an Open for Business award from the province from a pool of quite a few entrants. We were one of just seven winners and that was based on a number of initiatives that we were involved in,” he proudly says.
For entrepreneurs who would like to redevelop any of their business properties as a means of improvement Fort St. James has a revitalization tax exemption program. Additionally, a facade improvement program is offered whereby the government can provide 50% of funding up to $5,000 to improve the outer appearance of a building. There is also a comprehensive local online business directory that is constantly being updated.

“For the past two years we have done a Business Walk where we go around and interview the owners of the businesses and try to get feedback to determine their needs and hopefully from that we can develop programs that will be responsive to their needs,” says Crook.

Being relatively far away from other towns and villages the local commercial enterprises will bring in as many products as they can in order to accommodate the needs of other businesses and residents.

“One of our initiatives that we’ve been involved in the last three or four years is what we call ‘Love Fort St. James’. It’s a program to promote local businesses and shopping locally. It’s basically all the independent businesses, not the franchises. We do things like professional photography and social media on their behalf,” says Crook.

The District of Fort St. James has quality healthcare coverage with Stuart Lake Hospital and a clinic with six doctors, which is a solid ratio based on population. As part of the healthcare services the municipality has an ambulance service and a health unit. The hospital itself is equipped with six acute care beds and six long-term care beds as well as a laboratory and X-ray services.

“We did struggle a few years ago with doctors retiring but we’ve managed to attract new ones. We’ve had excellent support from the Northern Health Authority,” says Crook.

Employment opportunities abound in several different core trades within the region for people looking to live a rural lifestyle and away from the hustle and bustle of a large city. The quality of life, living in nature’s beauty and tranquility, is very hard to beat. There are a number of well-developed recreational cross-country trails and an arena that operates about six months of the year for hockey, figure skating, speed skating and public skating.

Another key selling point is that Fort St. James has some of the lowest cost housing available anywhere and the amenities that go with them are a good draw for people. All the basic retail services are available along with many magnificent recreational options including a ski hill, the golf course and the big lake, which is perfect for swimming, boating and fishing. Almost all of the recreational programs and activities are run by volunteers. Both the ski hill and the golf course were built by volunteers, sending out a clear message that it’s very much a ‘get it done’ type of close-knit community.

“We’re trying to develop mountain biking tourism in the area. There is a really good skills park for learning bike skills and well-developed trails for the advanced riders,” adds Crook.

The portion of Fort St. James that houses the old Fort is designated as a National Historic Site of Canada. The historic landmark has a full service parks experience with a fur warehouse as well as a gift shop and museum. There is also a fish storage area where people can learn how the pioneers lived and ate.

“People love living here and they’ve become really attached to the community with generations of family here,” says Crook. “It’s a place people come and stay and they don’t just leave for the next job and so that’s kind of special.” 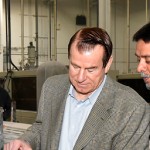 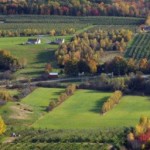 Municipality of the County of Kings