Saanich is the first part of Vancouver Island that most visitors see and although it’s tempting to head straight for downtown Victoria just 25 minutes away to the south, you would be missing out on all that Saanich has to offer. “WSÁNEĆ” has been the home to First Nations people for thousands of years and the name Saanich was adopted by early settlers in mid-1800s and means “emerging land” or “emerging peoples.

What started as an agricultural community neighbouring Victoria 110 years ago, Saanich has grown to become the largest municipality in Greater Victoria and eighth most populous in British Columbia. MoneySense Magazine recently ranked Saanich the best place to live on Vancouver Island. It is also ranked the 13th best place to live in Canada and according to the report, Saanich scored among the top 25 per cent of Canadian cities in the areas of employment, access to health care, arts and sports opportunities, and low crime rate.

A Perfect Balance of Urban and Rural Life

Saanich has developed into a vibrant community that offers a balance of rural and urban landscapes. It is home to the University of Victoria and two Camosun College campuses; one of which houses PISE (Pacific Sport Institute for Excellence), which is Vancouver Island’s training ground for many athletes from the National rowing team to Rugby Canada.

“Saanich has great accessibility but we’re never burdened by it,” says Mayor Richard Atwell. “Easy access to ferries, the airport, downtown Victoria; plenty of shoreline and access to lakes.” Because of its geocentric location, residents find it easy to live in Saanich and work elsewhere and vice versa. “I’m quite proud of our community and can say that in Saanich, we have it all for residents and tourists alike.”

Saanich’s economy is locally, regionally and globally connected, providing diverse economic opportunities, ranging from high technology to agriculture. Saanich’s clean, appealing environment, skilled workforce, responsive public services and excellent community infrastructure make it an ideal location to live, work and conduct business. “We have one of the largest employers in the region with the University of Victoria and Camosun College. The District is another large employer with 1,100 staff providing support to about 110,000 residents,” Mayor Atwell says.

Elected in 2014, Mayor Atwell is fairly new in his role. He grew up in lower mainland Vancouver and has lived in Kamloops, Ottawa and the United States. Mayor Atwell lived in Saanich for 10 years before leaving to embark on a career but found himself drawn back to area. “It is a beautiful place that is well run; has a lot of geographic interest for me with parks and trails for hiking.” Mayor Atwell gained a love for the community through his time spent volunteering and working with different organizations. “Working as a Director of my residential association fuelled my passion for community and encouraged me to run for mayor even though I didn`t sit on council”, says Mayor Atwell. “I wanted to bring a fresh perspective that reflected the interests of residents and to take my civic duty and interest in the community to a higher level. I really love this community and its amenities”.

A drive around Saanich reveals the many hobby and industrial farms, areas of dense woodland, scenic parks, and 13 village centres. The District of Saanich is bounded to the East by a long shoreline with sandy beaches. Two of the more popular beaches are located at Cadboro Bay and Cordova Bay. Saanich has 171 parks but the most notable is Mount Douglas Park located on the water. There are a number of popular festivals and events throughout the year. “‘Music in the Parks’ is very popular and our well-attended ‘Strawberry Festival’,” says Mayor Atwell. “We operate several recreation centres with swimming pools and, own and operate an18-hole golf course on with walking trails.”

Saanich’s residents enjoy a high quality of life and the municipality strives to make it the best it can be for them. Saanich Council budgets about $700,000 in community grants every year for organizations and projects that support the social and environmental objectives of the municipality. “We are connected to our neighbourhoods by our Official Community Plan that guides how our community will look and grow. Presently, our vision strives to maintain our environmental integrity, our social well-being and our economic vibrancy. Our departments are organized around those goals and we try to deliver as best as we can on our strategic plan and report yearly to our residents on our progress,” says Mayor Atwell.

Demographically, there is a shift in the District’s population growth towards younger families. While there are some challenges with the current housing market prices, Saanich has always had a great diversity of accommodations from farm acreages, to small apartments and everything in between. “Anyone moving here can find something to their liking,” says Mayor Atwell. A Saanich that’s green and sustainable has become a focus, as there are many opportunities to travel around Saanich via cycling alone. The car culture of the past is less and less on the minds of the residents and Saanich is working towards a future that supports safe routes for travel for cyclists.

The District has recently partnered in the region with Victoria to create more seniors housing and is part of another housing project being constructed called `Rosalie’s Village’ that will help to address the needs of single mothers.

The Victoria Real Estate Board divides the District of Saanich along the Patricia Bay Highway into two broad areas: Saanich East and Saanich West.

“About 40 years ago, Saanich Council created an urban containment boundary to protect the farmland and to help define the areas where the growth was going to happen and where it wasn`t going to happen,” says Mayor Atwell. “We have essentially built out to those boundaries and we are now looking at densifying older neighbourhoods in order to increase the number of residents that can live closer to shopping and to bus routes and rely less on their cars.”

“For example, our City Hall is a heritage building that’s just 50 years old yet there wasn’t much development around it when it was built.” says Mayor Atwell. “Now it’s a major re-development area with the large shopping district known as ‘Uptown’, which will also include a residential tower”, and we will continue to work with the community to develop a vision for this and other areas to serve the needs of residents and businesses and to attract new businesses.”

A large project that will definitely impact the community is the construction of a major highway interchange at McKenzie and Admirals Road. The project has been on the books since the 90’s with the Ministry of Transportation. This $85 million project will take about two years to complete and will ease the flow of traffic that is currently bottlenecked and backing up into neighbourhoods where commuter traffic was never intended to go. “This project will also be an economic driver for us,” says Mayor Atwell.

As the needs of residents evolve, the greatest trend has come with the rise of social media. “The need for greater public participation is something that’s been a long time coming,” says Mayor Atwell. “Traditionally the link between the residents and Council was via newspapers. Now, so much dinner table and water cooler conversation comes via the internet and we need to move towards a level of online engagement with our residents in order to stay connected.

”In the last two years Council has created additional opportunities for the public to speak up on different agenda items. We have an open mic session once a month to hear from residents,” says Mayor Atwell. “We’re going to bring webcasting into our chambers in the next six months so that we can further increase the contact with our residents who can’t always attend meetings. For me, public participation is the greatest trend that’s driving us forward and we’re going to be using that to develop a vision for the future that’s directly linked to the needs of our residents.” 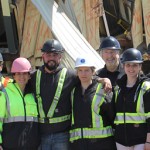 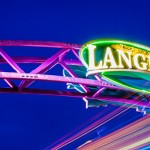