Exquisitely nestled amongst the colossal, resplendent mountains of northwestern British Columbia the District of Stewart is a remarkably breathtaking community located along the international border with the United States, across from Alaska’s Misty Fiords National Park and at the end of the Portland Canal. Incorporated in 1930, the municipality was named after Robert M. Stewart, the first postmaster.

The Canadian Business Journal recently spoke with District of Stewart Mayor Galina Durant and Chief Administrative Officer Gregg Drury about their unique community, whose economy has largely been defined throughout its storied history by gold mining. The Red Mountain gold mining production will soon be going into production about 15km northwest of Stewart. It’s a smaller scale venture but nonetheless is a mine that will provide employment to a number of local residents.

A common theme echoed by both Durant and Drury during our discussion is that Stewart is open for business thanks to an always-diversifying economy. Major steps forward have been taken in the areas of forestry and transportation while the ability to attract curious nature-lovers from around the world has elevated tourism to new heights. Stewart is about 185km north of Prince Rupert on a straight line but is 455km away by road and about a 1,500km drive northwest of Vancouver.

“Stewart was built during the gold rush time and it became a mining town and the spirit of that industry is still alive. Mining is always on our radar, but we do have a diversified economy and we want people to know that,” begins Mayor Durant.

After emigrating from Russia 20 years ago Durant got married and settled in Stewart where she has served two terms on council and is now in her second term as mayor. Drury is just three months into his new job after coming from Prince Rupert where he had been working with Metlakatla First Nation where he held the position of Service Enterprise Director. By the way, Drury’s permanent home of more than 30 years is a 3.5-hour drive north of Stewart. Distance is all a matter of perspective depending on what part of Canada one happens to live.

As the CAO, Drury executes the strategic direction for the community, which is determined by the mayor and council. It is his job to harness the resources and use them as efficiently as possible to achieve those strategic objectives. Working alongside Drury in the town’s main office are three other full-time employees – a chief financial officer, an administrative assistant and the clerk. The public works department can fluctuate from six to 10 people depending on the seasonal requirements. “A big part of my mandate and what I’ve been tasked with involves integrating the capital infrastructure. It needs to be rehabilitated and there will be a main focus on that. We’re closing our landfill and building a transfer station in the next year,” he says. “My focus is on making sure that the dollars we have are spent wisely for such things as water, wastewater and the water distribution system in the community.”

A small community such as Stewart faces many of the same obstacles as a larger centre, but with a smaller resource pool to work from. There is the ongoing requirement to deliver essential services such as water and sewer and snow removal, the latter of which can be challenging given that it’s not unheard of for Stewart to receive up to three feet of snow in one storm and up to 30 feet in a winter. Suffice to say it can be very expensive with crews working around the clock to keep the roads open and so it’s up to Drury and the Chief Financial Officer to budget as best they can.

A constant challenge for people living in such a remote area is the ability to obtain and maintain high-paying jobs and because of that the population has fluctuated dramatically over the decades depending on the projects undertaken. Upon leaving Stewart you can drive for three hours without stopping until reaching the next community. Terrace serves as the main supply centre for Stewart, but even it is a four-hour drive by car. It’s about a five- to six-hour drive north to region the Yukon border. Despite such geographic obstacles, both Durant and Drury believe that Stewart has tremendous potential for the future with an ability to grow and prosper.

The District of Stewart offers very affordable, safe living with favourable land prices, low taxes, safe roads and direct access to water as a transportation mode via the port. “I would love to invite young entrepreneurs and their families to our community. Life is expensive in the bigger cities. Here the cost of living is much better and it’s very safe,” says Durant.

Stewart is accessible by highway from the British Columbia highway system, via Highway 37A, or by air through Stewart Airport. It is part of the Regional District of Kitimat-Stikine but both Durant and Drury admit it is difficult to have much in the way of economic interaction between the communities within that regional district due to the enormous geographic divide. The airport airstrip is about 4,000-feet long but its primary value is for helicopter traffic to support mining exploration in the region as well as smaller planes. There is no regularly scheduled flight service in or out of the airport at the moment.

“One of the strategic priorities for Mayor Durant and Council is to have improved made to the airstrip and possibly have it expanded so it can play a more vital role as we move forward. This is one of the premier heli-skiing areas in the world,” notes Drury.

“In addition to our mines we also have a lot of business going through our ports with some of the forestry logs being shipped to Asia. Forestry and mining are the two biggest contributors to our economy,” says Durant.

Ensuring all core services and infrastructure is modern and up to date enhances the livability of the community making it that much more attractive for people to want to make the investment to develop mines, railroads and new businesses that are both importing and exporting raw and finished goods, with a world-class port being utilized as a tier-one transportation hub. Logs from the northern region of B.C. go out via water from the port in Stewart to a number of international destinations.

This past summer the people of Stewart got to see first-hand an eye-opening experience when huge wind-generation equipment for the Peace Region came into Canada via the port in Stewart, which is a vital transportation hub in the Canadian north.

“The blades for the windmills are 210-feet long. They had special articulating trucks and they hauled them from Stewart up to the Peace Region. The Port of Stewart is very important both from a regional and national perspective,” notes Drury.

Stewart business community engages with the District of Stewart through The Business Retention and Expansion (BR+E) to identify methods of enhancing the success of local businesses. The goal of the municipality is to assist businesses in their efforts to grow. The community recently assembled a task force designed to come up with an initiative for developing a major event during the summer focused on youth and economic development for the community. The whole concept around creating a two- to three-week event and get people to visit and witness the natural beauty within the community is something Durant and Drury want to pursue.

“It would be great to have people be able to tour on a big logging ship or see some of the big mines in the area. This is the type of thing that will also enhance economic development. I’m working with some dedicated people in the community to try and create something positive for youth,” explains Drury.

Tourism plays a significant role in the local economy during the summer months in particular with about 40,000 people from around the world visiting each year. “There are fantastic hotel accommodations and bed & breakfasts for the size of the community,” notes Durant.

The District of Stewart has been in the international spotlight having served as the backdrop for several large mainstream movies, which brought the likes of Al Pacino and Robin Williams to town for the 2002 thriller Insomnia. Eight Below was another film that shot scenes in the community.

“Robin Williams was a big star here. There are pictures of him all over town. He was very well liked by the people of the community,” says Drury.

In the second week of August the community holds its annual Stewart Bear Arts Festival. It was developed more than a decade ago by local enthusiasts to promote bear awareness and invite local artists and photographers to the event. A beer garden for socializing and excellent attendance makes it one of the main events people look forward to each year.

“We have a nice arena as well as beautiful nature trails. For a small community of 500 people we do incredibly well. We are currently building a dirt bike park and we do have a golf course. Stewart is a great area for fishing, hunting, snowmobiling, skiing, hockey, figure skating and going on hikes,” says Durant.

As both the mayor and a resident of Stewart, Durant is passionate about seeing the community grow and flourish. More than 50% of the population is now over the age of 50, but there is not a proper home for seniors, which is a concern for Durant, who believes one of the core solutions is to have an injection of young people moving into the town. “I think it’s possible for us to grow up to 3,000 people, which would still be a very comfortable size. We would still be a small community but with more services. We have the amenities; we just need to attract more businesses. There is great potential and opportunities for investors and people looking to live in a beautiful remote community.”
Stewart is in a geographically idyllic setting and is an incredibly beautiful place to live.

“I’m here because I choose to be here. I’ve loved this community since the first time I saw it in the late 1970s. It has a lot of great potential and there are some bigger projects going on right now,” says Drury. “From my perspective it’s really clear that Stewart is open for business – that’s the message. There is a real sense of optimism right now about Stewart,” extols Drury. “It can only grow and get stronger.” 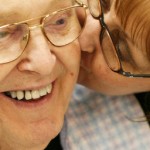 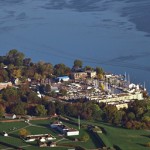