Entrepreneurs don’t usually worry about other people’s point of view. They follow their own vision regardless of others’ opinions, always act boldly, enjoy taking risks and can identify and seize opportunities that others may not recognize.

According to Gallup, a global research and consulting firm, and INC, a leading business magazine, the two most important traits that the majority of entrepreneurs share are determination and risk-taking. Far down the list are likeability and salesmanship, implying that they will follow their personal vision regardless of others’ opinions. To succeed, they develop a game-plan, establish their own rules, but don’t tell anyone what they are.

These are some examples: A furniture manufacturer decided to bypass his marketing department’s reliance on industry forecasts and market surveys by doing his own internet search for business trends. He found that investors were increasingly financing condo buildings featuring small self-contained apartments suitable for students, as well as for down-sizing seniors. Without explaining why and contrary to any advice, he asked his designer to create a compact sectional sofa-bed aimed at one-bedroom self-contained apartments. After exhibiting three prototypes at an international trade show, export sales jumped.

A moderately successful senior executive asked the HR advisor of his multinational employer if an MBA degree might help his stalled career, and whether the company would fund it. The advisor was not encouraging given the executive’s age. He independently signed up for an on-line degree and over the next year missed out on various social engagements due to his studies. However, upon announcing his newly-minted MBA, the Regional Vice-President immediately increased his salary and promoted him to head a new department.

A medium-sized manufacturer of steam generators and electric boilers had been relying on its British distributor to cover the UK market and Northern Europe. When BREXIT became more of a reality and during a European vacation, the president visited distributors in Germany, Sweden and Spain and established tentative agreements for the coming year. He then directed his marketing people to follow through and the resulting 2018/19 forecasts show a potential increase of 15% in international sales.

Readers will have noticed that in many TV police episodes the hero-detective visits the criminal and describes exactly how he is going to take him down, obviously never having read a book on how to succeed in life: a recurring recommendation in many motivational books is to “never tell anyone what your goals are.”

Interestingly, not divulging one’s plans is a similar behaviour certain world leaders share. One wonders what do Vladimir Putin, Bashar al-Assad, Xi Jinping, Kim Jong Un and even Donald Trump have in common: unlike TV’s hapless detectives, they make the rules of the game they play and never divulge any details. For example, nobody knows Mr. Putin’s long-range plans, apart from currently seeking a fourth presidential mandate. Mr. al-Assad seems capable of surviving territorial losses and global criticism but what is he hoping to accomplish in the long run? Mr. Xi wants to be the #1 World Power but what specific steps is he planning to take? Mr. Kim desperately wants to be recognized as a nuclear power, but how far does he plan to go, short of suicide? As for Mr. Trump, the world presumes he has formulated a plan, but his tweets don’t give any inkling as to what it might be.

As Machiavelli wrote in The Prince, “there is nothing more difficult to carry out, nor more doubtful of success than to initiate a new order of things” adding that it is difficult to overcome “the incredulity of human beings who do not believe in anything new until they have had actual experience of it”.

While these are real challenges for the adventurous executive, particularly in a society where social media encourages everyone to tell the world about their innermost thoughts, personal activities and future plans, it takes courage to take action without another’s opinion, simply based on one’s own ideas.

However, entrepreneurs and world leaders may have found the way to succeed in a world of “fake news”, “alternative facts” and non-stop media coverage. As a 2018 resolution, it might be a good decision for executives to rely on their gut, personal life experience, imagination and (undisclosed) goals and ideas.

As an international businessman and keynote speaker, Ennio Vita-Finzi’s comments are based on many years of hands-on experience in front of audiences on three continents. e.vita-finzi@sympatico.ca 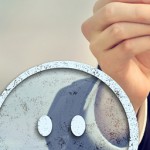 How Are You Showing Up To Your Customers?
Sirona Biochem Announces SGLT2 IND Submission Milestone