Interagency collaboration identifies recommended improvements to the Draft EISVANCOUVER, British Columbia, Jan. 27, 2020 (GLOBE NEWSWIRE) — Midas Gold Corp. (MAX:TSX / MDRPF:OTCQX, “Midas Gold” or the “Company”) today announced, on behalf of its subsidiary Midas Gold Idaho, Inc. (“Midas Gold Idaho”), the United States Forest Service (“USFS”) and other regulators working on the Stibnite Gold Project (“Project”) have, following internal reviews, identified a number of recommended improvements to the Draft Environmental Impact Statement (“Draft EIS”) that is being prepared by the USFS as the lead agency.  These recommended improvements to the Draft EIS will ultimately support a complete record of decision (“ROD”) at the conclusion of the permitting process.  In order to meet this objective, Midas Gold Idaho has been advised by the USFS that it will be allocating additional expertise and resources from the region and other parts of the USFS to complete the Draft EIS in a timely and comprehensive manner.  Midas Gold wants to ensure that the USFS releases the best plan possible for the redevelopment and restoration of the historical Stibnite Mining District and continues to promptly respond to regulators’ requests, so the USFS can incorporate these improvements into the Draft EIS in a timely and efficient manner.  The USFS advised that it will update the release date for the Draft EIS in early February 2020 and will provide the revised project schedule in its quarterly Schedule of Proposed Actions update to be published on April 1, 2020. “We are committed to ensuring that the public has access to the most accurate and complete information and analysis possible, including comprehensive discussion of the mitigation and restoration plans proposed by Midas Gold Idaho for this heavily impacted historic mine site.  This will ensure that the public, agency, tribes and other stakeholder reviews and comments are well informed.  A robust Draft EIS will allow the balance of the regulatory review to be completed in a timely and efficient manner,” said Stephen Quin, President & CEO of Midas Gold Corp.  “Our team has always been committed to designing the best project possible and that is what needs to be reflected in the Draft EIS when it is released.”  Midas Gold Idaho expects to see the Draft EIS released by the USFS within two to three months, subject to the USFS, which is preparing the Draft EIS, and concurrence of the cooperating agencies.
CBJ Newsmakers 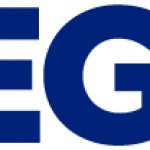 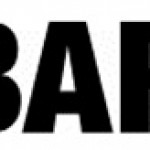