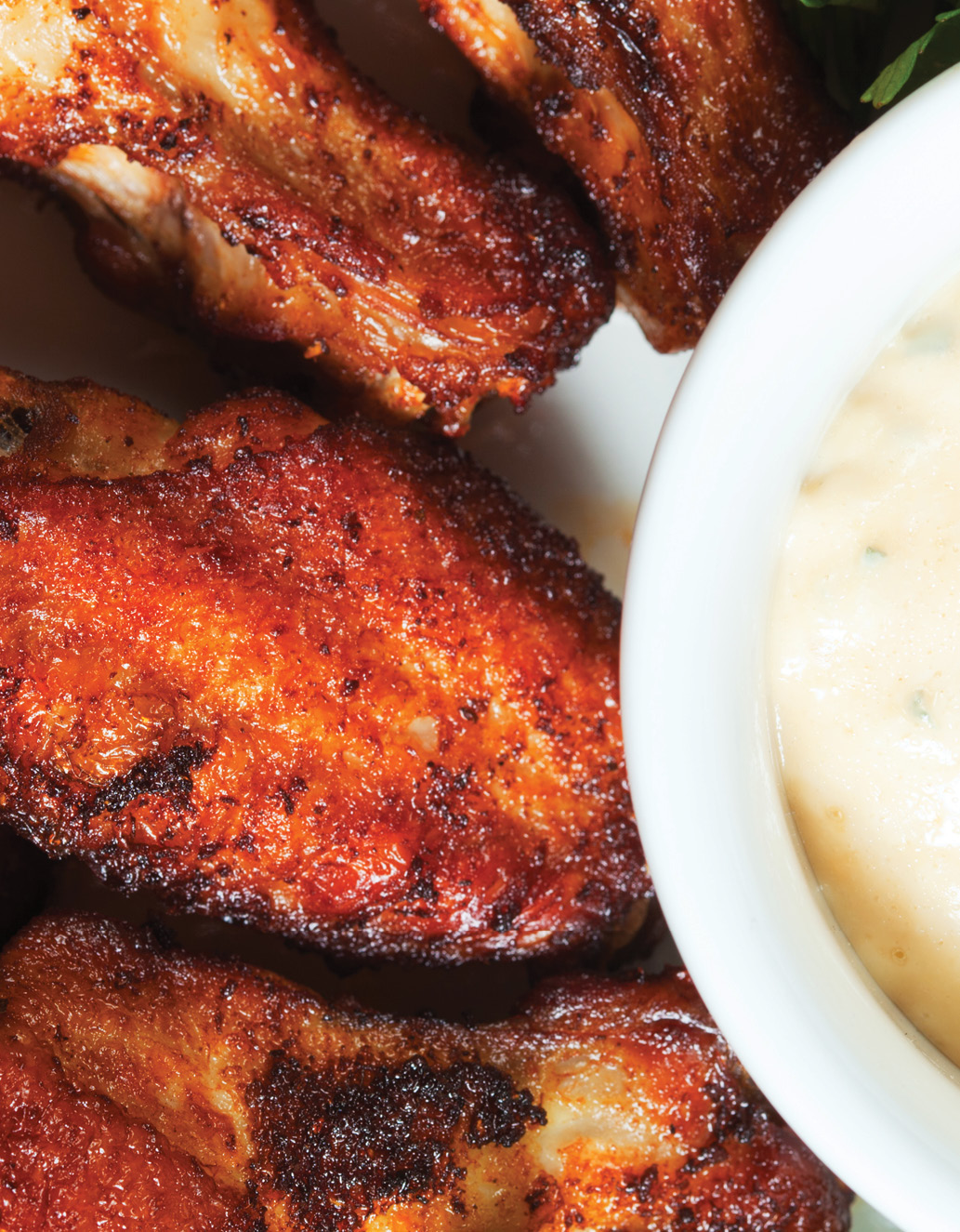 Duff’s Famous Wings was a pioneer to the chicken wing craving, and as such over the years the restaurant has built its reputation on high quality and flavourful chicken wings, often recognized as the best wings in town. In fact, the restaurant now has five locations spread across Western New York, plus another restaurant in Dallas, with plans for more growth. Situated close to the Canadian/American border, it wasn’t uncommon for throws of northern travellers, to stop in for meal at Duff’s Famous Wings.

As it happened, two of the Canadian visitors were Hy and Rob Erlich, who soon approached the restaurant ownership on the idea of bringing Duff’s Famous Wings to Canada. The two brothers opened the first Duff’s Famous Wings in Toronto in 1998. Today, the restaurant celebrates 15 years in the Canadian marketplace, now with three restaurants across Greater Toronto, with two Toronto sites in the Bayview & Eglinton and Bathurst & College areas, as well as third location north of the city at Bathurst & Rutherford.

The success of Duff’s Famous Wings in Canada follows the same successful formula as its Buffalo counterpart – an unwavering commitment to quality food, from market fresh chicken wings to homemade sauces and dips, always served with traditional Blue Cheese or Creamy Dill Dressing. The concept has proven popular, as Duff’s Famous Wings has developed a significant fan base in bringing the Buffalo wing tradition north of the border. Although it is a smaller player in the local restaurant industry, Duff’s Famous Wings has established an exceptional following and a dedicated customer base.

“We do it the same way they have done it in Buffalo since 1969,” Steven Erlich, Hy’s son, who operates one of the Duff’s Famous Wings restaurants in Toronto, told The Canadian Business Journal. “While many other restaurants try to find cheaper or frozen wings, we are all about quality. If it’s not something we would feed to our own family, it’s not something we would present to a customer. If you’re not providing the best quality, you’re not going to gain loyal customers.

That has been our mentality since Day 1.”

In the beginning, before opening the doors to their own Toronto location, Hy and Rob Erlich travelled to Buffalo three or four days a week to learn the trades of Duff’s Famous Wings, everything from washing dishes to crafting various menu choices, to the front of house aspect of the restaurant business.

“My father and uncle were in the wholesale business prior to this and then the opportunity with Duff’s Famous Wings presented itself,” Erlich detailed. “Ron Duff had been approached many times by people looking to bring the concept to Toronto, but the fact that we were regular customers coming all that way to see him, and that we were looking to keep our business in the family intrigued him.”

In order for the Canadian restaurant to gain a larger market share, a second restaurant opened in the coming years. Growing the chicken wing novelty into a mainstay of the Toronto restaurant scene, Steven and his brothers Loren and Richard helped Rob and Hy open a second Duff’s Famous Wings restaurant in downtown Toronto. More recently, in 2010, Duff’s Famous Wings opened its third location at Rutherford Marketplace in Vaughan. More growth is ahead, but as has been the story of the past, at a slow and steady pace.

“Growth is definitely on our mind, but we are making sure that quality stays at the forefront of our business operation as that is the most important thing,” Erlich concluded. “Once you lose the idea of quality vs. making money, the business goes down and you lose your loyal clientele. We plan on being in the market long-term and that’s why we are looking for slower growth because it allows us to do what is right, rather than opening many mediocre restaurants. Our goal has always been to make sure that each of our restaurants succeeds to the fullest.”