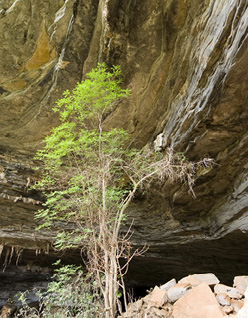 The United Nations projects a rapid continuous increase in population to more than 9 billion by 2050, having tripled in the past 70 years. The outlook for food production to keep up with this growth looks grim and wouldn’t be possible without the assistance of agro-minerals. This is the area where Vancouver’s Eagle Star Minerals Corporation has found its niche.

With a specific focus on phosphate, one of the key elements required to make fertilizer, Eagle Star Minerals is pursuing operations in the agro-mineral rich nation of Brazil, and has actively engaged in Brazilian-based mining for the past two years. Eran Friedlander, President and CEO of Eagle Star Minerals, has more than 10 years of experience of conducting business in Brazil and a wealth of contacts that come along with it.

While the initial plan of Eagle Star Minerals was to engage in iron ore exploration in Brazil, the company quickly began to gain more knowledge and understanding of the lucrative opportunities existing today in the Brazilian mining sector, particularly agro-minerals. Once the opportunity was realized, Eagle Star Minerals began seeking inroads, and collectively with assistance of its geological team and Brazilian contacts, was able to identify these high potential phosphate assets.

Eagle Star Minerals is focused on two projects in Brazil. Announced last summer, the Ruth Project based in northeastern Brazil is in close proximity to a large agricultural area. This region has experienced much infrastructure development in recent years, particularly in the agricultural industry. The most recent announcement, the Samba Project, shares much of the same logistics and infrastructure but unlike the Ruth Project, the area boasts large exposures of the phosphate-mineralized sub-surface due to extensive road cuts and erosion found throughout the property.

“What we liked about these opportunities is that we worked a few months in these areas before we claimed them for ourselves,” Friedlander explained. “In the process, we took a lot of samples and, where possible, channel sampled the exposed areas. When the results came back, we realized that we indeed have two very good opportunities in our hands in terms of grade and in that the mineralization is stratified and potentially covers a very large area.”

Agro-mineral projects based in emerging markets attract worldwide investors. Notably, the Brazilian economy has grown significantly in recent years. This substantial growth and the economic opportunities it presents have now been compared to the “gold rush” that existed in the United States at the beginning of the last century.

“Brazil is one of the largest and most promising countries in the world … in South America for sure. That is why if you can set up an operation in Brazil, especially if you can find a product that you can develop and sell locally, then I think you have it made,” Friedlander continued. “In a country like Brazil, with a vast agriculture market that represents a large portion of the economy, you can develop an agro-mineral project into a mining facility that supplies fertilizers to a sector that is very much in need of this type of commodity. From a business perspective there is a great opportunity in your hands.”

As a registered mining company with the National Mining Agency of Brazil (DNPM), this allows Eagle Star Minerals to claim Brazilian-based