Note to editors: There is a photo associated with this release.

“This is the culmination of a global effort involving Pratt & Whitney operations in North America and Europe, Embraer in Brazil, and EASA in Germany,” says Marty Kessell, Vice President, APU Market, P&WC. “It is a significant achievement because it’s the first APU developed by Pratt & Whitney Rzeszów S.A. (Poland), the newly appointed design organization for P&WC’s APUs.”

P&WC currently has more than 10,700 APUs in service in 19 different models. The entire P&WC APU fleet has flown more than 105 million hours. Today, there are nearly 3,000 P&WC APUs currently enrolled in maintenance programs.

“Our family of APUs covers a broad variety of aircraft platforms and the critical mass of APUs we have flying has been the impetus for us to create an exceptional customer service network,” says Kessell. “We have one of the world’s largest service networks and the most experienced service experts in the business ready to serve APU customers 24/7 virtually anywhere in the world.”

P&WC will be at the Singapore Airshow, Pratt & Whitney Exhibit L39. Interested operators are invited to drop by the booth to speak with a marketing or customer service representative.

Founded in 1928, and a global leader in aerospace, P&WC is shaping the future of aviation with dependable, high-technology engines. Based in Longueuil, Quebec (Canada), P&WC is a wholly owned subsidiary of United Technologies Corp. United Technologies Corp., based in Farmington, Connecticut, provides high-technology systems and services to the building and aerospace industries.

To view the photo, please click on the following link: http://media3.marketwire.com/docs/APS2600E_QLD_800.jpg 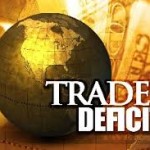