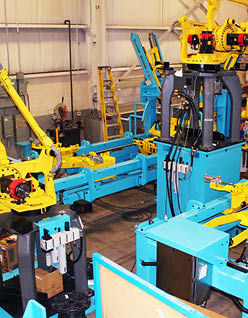 A Progressive Approach to Custom Manufacturing

When it comes to adapting to changing market demands, very few businesses do the job right. Many, still functioning under Cold War era-esque economic rigidity, operate with old industrial age uniformity and field segregations. Markets are black and white and success is measured purely in profit.

The past few decades have proven that this old, standardized way of thinking no longer works in our modern, fast-paced world. Nearly every North American experienced the debris of this ideological collapse in the economic crisis of the late 2000s. Historically stable industries were left decimated. Many simply ceased to exist.

Yet, there were those who recognized the changes in global markets and decided to react. These innovators identified the trends present in their respective industries, and sought solutions to combat national failing economies. They connected with their customers. They imported ideas and began branching out into new industries. These economic explorers saw the potential present in the collapse of those around them, and ran.

One such company was Eclipse Automation Inc. Until 2006, Eclipse operated as a supplier of turnkey machinery, primarily for automotive sector buyers. However, faced with the prospect of economic downfall, the company adopted a new objective and mindset. Through their ability to adapt and grow, Eclipse thrived. Eclipse Automation now shines as one of the premier names in custom manufacturing and automation.

“It was exponential growth, even in the early years,” Mai explains, reminiscing on the facility’s beginnings, “We grew steadily, expanding our operations almost every six months.”

Yet Eclipse Automation’s success halted suddenly in the early 2000s, when the Canadian automotive market began to fall. At the time, nearly 80 percent of Eclipse’s business rested in the automotive manufacturing industry. Demand fell rapidly, and Eclipse began to experience some financial struggle.
It was at this moment that Mai and his team recognized that they needed to make a substantial change in order to survive.
“We realized the markets were changing at the beginning of the recession years,” says Mai, “We decided to diversify. We began looking to expand our fabrication portfolio.”
Eclipse Automation formed a new custom manufacturing division, aimed to assist the automation group leverage opportunities and assist clients in need of small-scale, specialty product creation. The custom manufacturing division became a huge success across many varied markets and helps Eclipse utilize the skilled resources it has available but much more efficiently.

Today, Eclipse Automation offers a wide variety of custom engineering and manufacturing services to meet the needs of its growing customer base.. Backed with strong financial performance, Eclipse brings optimized productivity to customers to build efficient and profitable assembly and testing operations. Eclipse ensures that automation requirements are met on time, on budget and with excellent performance quality. It produces machinery and provides product-line integration assistance for industries including energy, consumer, industrial, telecommunication, health sciences, transportation, electronics, and many more.  The company has over 250 employees, and a main facility close to 80,000 square feet.

In truth, there is no one key aspect that has helped Eclipse Automation grow into a multi-million dollar success story. Their past achievements stem from an amalgamation of creative ideas, hard-work, and dedication.

However, after some reflection, Mai identified two main factors he considers crucial to Eclipse’s past and future growth:

“Our first distinction stems from our internal processes. When we founded Eclipse Automation, we put a mandate in place to become an automated automation company. We write our own ERP systems, create these systems, document them, and build our own standards. We write our own software codes to streamline our systems, giving us real time information and helping us to rapidly execute any kind of project. At any time, we know where we are on our production schedule and what our next steps will be.”

“The second distinction lies in the diversity we have as a company. We cater to multiple different market segments. We have experts on staff for almost any project; we rarely use contractors. We keep our skills and expertise in-house in order to deliver the best, most efficient service to customers.”

“We have two main growth strategies,” explains Mai, “One: we market directly to our customers. Eclipse Automation offers a service – to create a superior product. Everything we do is custom. We have to be able to present our expertise to our customers when bringing our services to the table.”

“Two: we maintain an open-door policy with both customers and staff. We work interactively. We’re one of the largest automation companies in North America, yet we still assist each customer on a personal level.”

There’s no doubt that Eclipse Automation’s growth strategy works. In the past three years, Eclipse has experienced what Mai calls, “the most aggressive growth in the manufacturing market in years.” In March 2014, Eclipse opened a new, 25,000 square foot facility in Charlotte, North Carolina. This high-tech facility aims to meet the rising demand in the Eastern United States.

This expansion is part of Eclipse’s plan to continue deliver the best customer service to customers in all regions served. North Carolina is just one in several key territorial positions Eclipse has identified as growth nodes. On June 1, 2014 they will open another manufacturing, engineering, and sales facility in Fremont, California in order to meet their Western United States’ clients’ needs.

“Opening these facilities gives us a presence in the region. It’s an extension of both our Canadian and U.S. operations. We can help facilitate and leverage the assets, expertise, and knowledge we have and deploy that through North America,” explains Mai.

Eclipse is also intensifying its Canadian operations. The main Cambridge location is currently adding another 15,000 square feet, bringing the total building size to nearly 100,000 square feet. According to Mai, Eclipse Automation plans to continue to delve into new and emerging markets and build new partnerships with a broad range of potential clients. 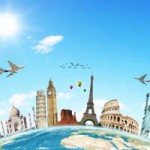 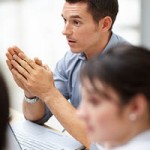