Vaughan, Ont., Nov. 10, 2021 (GLOBE NEWSWIRE) — The GTA West Corridor would create thousands of jobs, provide substantial economic benefits, and generate significant tax revenues for governments according to a new report released by the RCCAO. The project, known as Highway 413, would support up to 8,000 jobs annually in construction and other industries over a five-year construction period, generating up to $2.3 billion of earnings for workers in Ontario. It would also train the next generation of builders in Ontario with up to 600 new apprenticeships.

“The GTA West Corridor is a transformational project for the economic success of the province, ensuring a reliable transportation corridor to help move people and goods across this fast-growing region of Ontario,” said RCCAO executive director Nadia Todorova. “Constructing Highway 413 will generate much-needed jobs while improving the long-term economic competitiveness of our province.”

The findings were revealed in a jobs and economic impact report by the Residential and Civil Construction Alliance of Ontario (RCCAO). The report, called Jobs and Economic Impact of the GTA West Corridor, was prepared for RCCAO by Prism Economics and Analysis.

The population of the GTA is expected to grow by 2.8 million people over the next 25 years, with 58% of that growth occurring in York, Peel, and Halton regions. The construction of Highway 413 will create a transportation corridor for additional future transit development to serve a growing region where more than 80% of people commute by vehicle. The project would also generate nearly $1 billion in tax revenues for governments. The report estimates were assessed using 2019-dollar values.

“This highway for the future will be built for the people and goods of tomorrow, facilitating much needed housing and solidify Ontario’s position as the economic engine of Canada,” said Todorova. “Establishing this transportation corridor is a forward-thinking mix of transit and transportation infrastructure that the province needs for its future growth.”

This report adds to the recent momentum of support for Highway 413 and the transportation corridor it would create in a fast-growing region of Ontario. RCCAO is urging the federal government to work collaboratively with the provincial government so Ontario can get shovels in the ground and get Highway 413 built.

Nadia Todorova, Executive Director of the Residential and Civil Construction Alliance of Ontario is available for interviews to discuss the report’s findings.

Background on RCCAO: The Residential and Civil Construction Alliance of Ontario (RCCAO) is a labour-management construction alliance. Since its formation in 2005, RCCAO has been a leading industry advocate for infrastructure investment. It has commissioned 59 independent, solutions-based research reports to help inform decision makers. 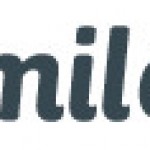 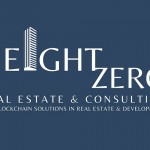