Economy Pulls Back 0.1% in February

CBJ –The gross domestic product contracted by 0.1% in February following a 0.3% growth in the first month of 2019 according to figures released by Statistics Canada.

The agency says both goods-producing and services-producing sectors were down.

The central bank projected growth at an annualized rate of 0.3% in the first three months of 2019 compared with an earlier forecast for 0.8%.

The Bank of Canada also predicted growth in real gross domestic product of 1.2 per cent for 2019.

The mining and oil and gas sector fell a combined 1.6%. Transportation and warehousing also declined 1.6% due to an almost 11% drop in rail transportation caused by severely cold weather, heavy snowfalls and a derailment in British Columbia. 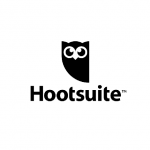