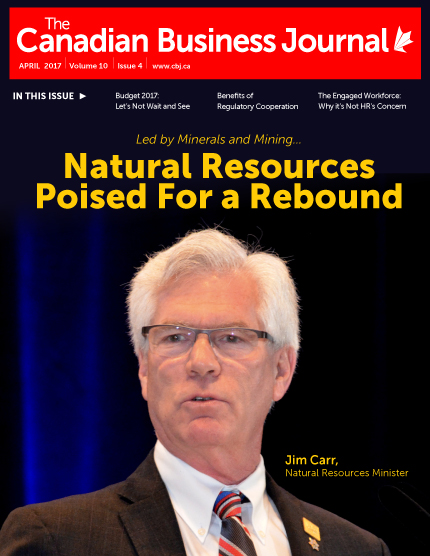 Since 1932, the Prospectors and Developers Association of Canada (PDAC) has gathered for an annual event in Toronto that now draws more than 900 exhibitors and 24,000 attendees from around the world. What was noticeable at this year’s event was an overall increased level in optimism that minerals and mining are on the rebound. Minister of Natural Resources Jim Carr echoed that sentiment and took the opportunity to confirm the federal government will continue the Mineral Exploration Tax Credit for another year.

Cenovus Energy of Calgary plans to swallow most of the Canadian assets belonging to ConocoPhillips in a C$17.7 billion blockbuster acquisition that builds upon a recent trend of Canadian consolidation in the oilsands. The deal makes the Houston-based ConocoPhillips the latest international player to reduce its exposure to Alberta’s oilpatch. Just recently Canadian Natural Resources announced a C$12.7-billion deal to buy Alberta oilsands assets from Royal Dutch Shell and Houston-based Marathon Oil. If nothing else, there certainly is a lot of activity going on out west.

Enbridge Inc. has certainly hit more than its share of roadblocks when it comes to its pipeline business – namely Northern Gateway – and so the Calgary-based company seems to be diversifying its interests in other resources areas. Enbridge will invest $1.7 billion for a 50% stake in a North Sea off-shore wind energy project off the coast of Germany. Enbridge will initially spend $600 million on the project this year and invest the remaining $1.1 billion through 2019, when the project is expected to be in service. As part of a German government incentive program, power generated by the 497-megawatt wind farm will be sold at fixed prices over a 20-year period.

Ford of Canada got a boost in the arm on word the federal and Ontario governments will each kick in about $100 million as part of a larger $1-billion partnership. Prime Minister Justin Trudeau and Ontario Premier Kathleen Wynne announced the conditional grants of up to $102.4 million each at a Ford engine plant in Windsor, Ont. It’s anticipated that the investment will create 300 new jobs at Ford in the province and protect hundreds of others.

Did you know?… the IKEA store name comes from a combination of the founder’s initials: Ingvar Kamprad, plus the initials of the property and village he grew up in: Elmtaryd Agunnaryd. 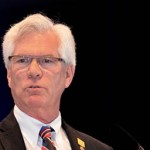 Led by Minerals and Mining… Natural Resources Poised For a Rebound 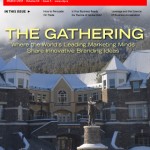