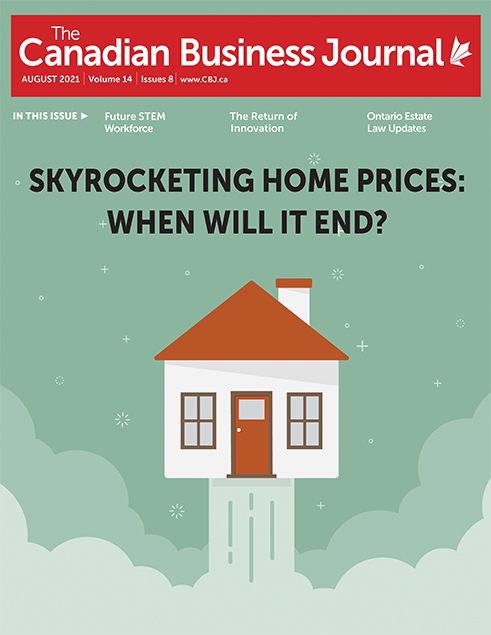 Housing prices are still showing no signs of abating from record-selling prices that have been garnered right across the country. While demand is now more in line with previous supply issues, a number of factors make it seem as if the high prices are here to stay. Of course, the pace at which prices have skyrocketed are now slowing, but for those hoping or expecting to see home prices retract, you could be waiting for a very long time. We take a closer look in this issue’s cover story.

Restaurant owners and visitors to the grocery store have no doubt noticed the soaring price of canola oil in recent weeks. The cause is said to be mostly due to the unprecedented heat wave that hit much of western Canada and the United States. Wheat harvesting was critically damaged due to the extreme heat, causing immense shortages and by extension served to push up the price of what survived. Hot, dry weather is stressful for crops such as wheat and impedes both growth and quality. The U.S. Department of Agriculture estimates just 20% of the spring wheat harvest would likely be salvageable. In most years nearly 80% of the entire planted crop is deemed to be in good condition for harvesting.

A report released by the Organization for Economic Co-operation and Development provides some encouraging news for the Canadian economy, with the report stating a noticeable economic rebound should be in place until the end of the year. The Paris-based think tank projects that the Canadian economy will grow by 6.1% in 2021. That’s a considerable increase from the 4.7% the OECD predicted just a few months earlier. A primary reason for increased optimism is the reduced lockdown restrictions in a vast majority of the country. An uptick in commodities, including oil and gas, should also provide a boost. Analzying the longer term, the OECD predicts a 3.8% economic growth in 2022, but enthusiasm should be tempered as such projections can change considerably between now and then.

Bill Davis, former Premier of Ontario, passed away on August 8 at the age of 92 in Brampton, just west of Toronto. He was one of the province’s most successful and respected political leaders in Ontario’s history. Davis served as premier from 1971 to 1985. Soon after the 1981 election victory, Davis announced that current Toronto Mayor John Tory had been hired to succeed Hugh Segal as his principal secretary. Tory became leader of the provincial PCs 23 years later, but was defeated in his bid to become premier. Considered a centrist Progressive Conservative, Davis was made a Companion of the Order of Canada in 1985, and since his retirement from politics he served for many years on a plethora of corporate boards. 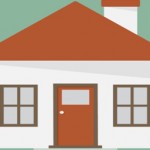 Skyrocketing Home Prices: When Will it End? 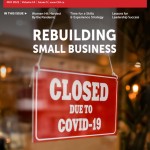