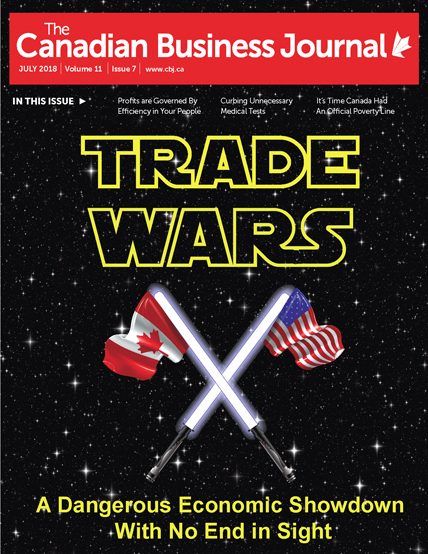 Justin Trudeau has no shortage of detractors here in this country, but many of his staunchest critics seem to be forming a unified alliance against the harsh steel and aluminum tariffs levied by the United States and the increasingly monotonous blustering, mostly on Twitter, from U.S. President Donald Trump and his “America First” mantra at all costs. Even Trump supporters must at some point recognize that insulting virtually anyone who doesn’t agree wholeheartedly with his policies is not a good way to build relations with international trading partners. Yes, there is a massive U.S. trade deficit with most countries, and it is in their best interests to close the gap, but it can be done so in a far more dignified, mature manner than we’re seeing. Of concern now is that the automotive sector is Trump’s sightline for harsh tariffs. If those were to be imposed there is no telling what kind of economic chaos it would cause.

The war of words may have hit an all-time low when Trump actually got upset about Canadians crossing the border and buying new shoes at U.S. retail stores, and then apparently filling the garbage cans with their old, worn-out ratty shoes and nothing to declare at the border upon returning to Canada. Don’t forget the cheaper tank of gas as well. Let’s not even mention the cases of Canadian beer, which can be purchased for less money in the U.S. than here, even with the exchange. Yes, it’s degraded to arguing about old running shoes in garbage cans.

OPEC has agreed to increase its oil production but that hasn’t stopped prices of gasoline from going up. Ontario is paying an average of $1.32 per litre, but it’s at $1.48/L in Vancouver. The latest Statistics Canada figures show the annual inflation rate was up 2.2% in May. That’s the second straight monthly increase, due in large part to the rising cost of fuel. There are several reasons for this inflation, including a weak Canadian dollar, taxes, refinery supply and demand and the changing retail landscape. Oil prices have gone up about 30% from last year but with the dollar so low it means getting less for oil exports.

October 17 – the day when potheads can rejoice and finally be able to smoke their weed without hassle of being arrested. Canada has become the first industrialized western nation to make the use of recreational marijuana legal. Late last month the Senate voted to pass Bill C-45, the government’s legislation to legalize cannabis. It took more than a year for the Bill to pass, after intense scrutiny. The final vote was 52-29 in favour. As of that date, adults will be able to legally possess and use small amounts of recreational cannabis. There is a federal provision for people to grow up to four plants in their own home; however, Quebec and Manitoba have already ruled they will not allow it. Instead, cannabis must be purchased from an accredited retail seller. It’s not yet known if any other provinces or territories will follow suit.

Did you know?… It’s estimated that about 42 million people worldwide use cannabis on a daily basis. Another surprise is that Iceland has the most marijuana smokers, per capita, at 18%. The U.S. is next at 16%, followed by Nigeria at 14%. Canada comes in at about 8%, although we’ll see what happens to that figure after October 17. 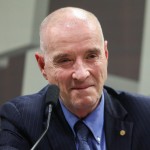 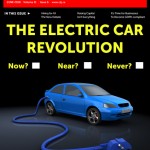