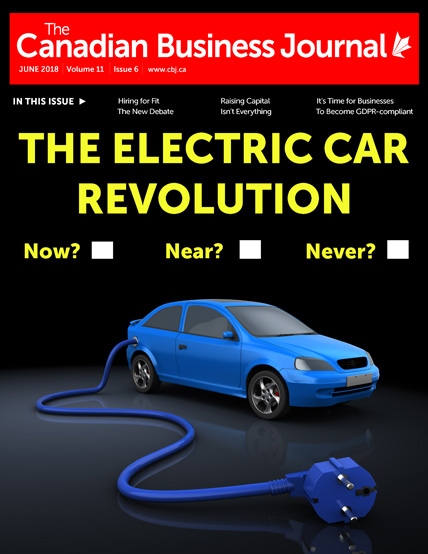 The debate rages on as to whether or not electric cars are going to be the next major step in the evolution of transportation. There tends to be three camps on this: it will never happen; it will happen, but not anytime soon; and it’s basically here now, so get ready. What many people may not realize is that electric cars were first invented well over a century ago. However, problems such as battery range, cost and top-end speed scuttled the development in favour of internal combustion engines. An interesting discussion took place recently at the Toronto Region Board of Trade where two automotive experts offered up their opinions on the future of electrified cars. It’s our cover story in this edition.

Trans Mountain: the pipeline expansion project with the uncertain future. Due to a lot of political and social wrangling, the project has been mired in problems. With all the uncertainty the federal government has decided to step in and pay $4.5 billion to buy the project from Kinder Morgan and will pick up the construction of the expansion after the sale is finalized. That’s all well and good if the government finds a new buyer and gets the money back – then it will have been money well spent. But the government cannot wind up being the long-term owner. It is paying Kinder Morgan billions to go away and essentially use that capital to compete in another jurisdiction outside of Canada. The entire cost of the pipeline expansion could be about $7.5 billion. However, nothing will happen until Alberta and B.C. iron out their differences, if that is even a possibility.

The cryptocurrency craze has certainly sparked widespread interest and uncertainty with the general public. However, it still remains a great unknown for people who still can’t determine whether it will be the next big thing, or just another massive flame-out. But one thing is certain; you can put U.S. billionaire investor Warren Buffett among those who feel it’s nothing short of a scam. In fact, the founder of Berkshire Hathaway has characterized bitcoin as “rat poison squared,” saying that those who own it are hoping they will find other people to pay more for it, entirely based on speculation.

Amazon is reportedly set to build a large new one million square-foot facility in Ottawa, although the company has yet to confirm it. If true, it would be the largest industrial building ever built in the nation’s capital. The proposed building would sit on a 96-acre property and include 1,000 parking spaces and 99 truck loading bays.

Did you know?… Amazon founder Jeff Bezos first became a millionaire in 1997 after raising $54 million through Amazon’s initial public offering. Within two years he was a billionaire. He’s now the richest person in the world with an estimated net worth of $134 billion. 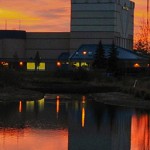