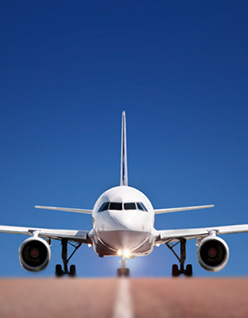 A little more than one year ago, in the April 2011 issue of The Canadian Business Journal, we spoke with Chris Chodan, Director of Communications, in highlighting the $1 billion major expansion project taking place at EIA.

At that time, CBJ reported on the anticipated growth rates within EIA, based on the airport’s internal statistics. With passenger levels expected to climb to more than 21 million annually by 2020, EIA engaged in a major expansion project in order to meet this demand and accommodate the growing desire for Edmonton air service.

This month, CBJ reconnected with Chodan to highlight the project’s progress over the past year as it now prepares for its completion.

Although the initial project cost was an estimated $1 billion, EIA worked advantageously during the downturn in the economy, when a spike in local labour availability helped EIA in minimizing project costs to the tune of 25 per cent in savings. Typically, the EIA project involved 300 workers on a daily basis, a figure that increased to more than 800 employees daily during peak days. Alberta’s economic landscape is booming and even more so with the EIA expansion project in tow.

Acting as an “economic catalyst” for the City of Edmonton, plus the region as a whole, the project has created more than 10,000 local job opportunities since it began in 2007, as well as an estimated $1.6 billion ($450 million in wages) in local economic spinoffs.

Chodan summarized, “EIA took advantage of changing economic circumstances to lock in lower than projected prices for materials and commodities — as a result, the project is expected to come in approximately 25 per cent under the initial budget.”

With the expansion, the terminal’s overall size will increase by about 50 per cent, including an increase in the number of airport gates, as well as increased efficiency, air service, retail, and dining, all with the overriding goal of maintaining a quality passenger experience for the increasing number of travellers.

Overall, the entire construction project includes an apron expansion, of more than 250,000 square metres, as well as a new terminal expansion, and a linkage from the terminal to its extension. The expansion also includes a new control and office tower, the NAV control centre, airport offices, plus central and critical systems space.

“It’s a massive construction project, and projects of this size usually have the potential to hamper travel and cause delays,” Chodan told CBJ last year.

“However, EIA is committed to excellence in passenger experience and that’s why we have minimized the number of terminal changes between now and the grand opening in 2012.”

The expectation is that the domestic and international gates will open in September of this year. In December, EIA will open its central office tower and retail areas, and also that month, the new on-site, 210-room Courtyard By Marriott hotel will have its grand opening. Over the past year, EIA has also held trail runs where more than 1,000 members of the public participated in a test of the expansion’s functionality.

Expansion 2012 is truly a transformation of EIA, offering more flights, service, comfort, and efficiency. Summarizes the EIA website, “The region can take pride in knowing EIA is a beacon of Edmonton’s growing stature, ambition, and progress. In spirit, in service and in concrete, Expansion 2012 embodies the EIA brand: We’ll move you.”