NOT FOR DISTRIBUTION TO U.S. NEWS WIRE SERVICES OR FOR DISSEMINATION IN THE U.S.

EEStor Corporation (“EEStor” or the “Company“) (TSX VENTURE:ESU) announced today that it has completed its previously announced non-brokered private placement raising gross proceeds of $3,620,000 from the sale of 7,240,000 units. Each unit was priced at $0.50 and consisted of one common share and one common share purchase warrant. Each common share purchase warrant entitles the holder to acquire one additional common share at a price of $1.00 for a period of 24 months from the closing date of the offering. All securities issued pursuant to the private placement are subject to a 4-month hold period in Canada expiring August 25, 2017 and may be subject to further hold periods in other jurisdictions where they were sold. No finder’s fees are payable in connection with the private placement.

EEStor’s mission is to be the provider of leading edge electrical energy storage and related capacitor technologies. The Company operates on the principle and belief that a fundamental breakthrough in energy storage will be the catalyst for positive environmental and economic change globally. The Company’s business strategy is focused on licensing opportunities across a broad spectrum of industries and applications building on its recent technology achievements related to high voltage solid state capacitors. The most recent advancements in the Company’s technology has resulted in focusing its licensing discussions on the substantial global electrical grid storage and power factor correction markets.

The Company holds an approximate 71.3% as-converted equity and voting interest and certain technology rights to a solid-state capacitor and related energy storage technologies currently under development by EEStor, Inc. (EEStor). The acquisition of the controlling interest in EEStor aligns the businesses of both companies and now allows EEStor Corporation to benefit from other revenue streams that should be available to EEStor, including applications throughout the capacitor industry and not limited to high density energy storage applications.

The Company’s success depends on the commercialization of its technology. There is no assurance that EEStor will be successful in the completion of the various enhancement phases to warrant the anticipated licensing opportunities in the technology. Readers are directed to the “Risk Factors” disclosed in the Company’s public filings. 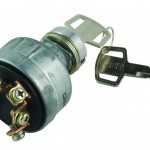