CALGARY, Alberta, July 06, 2021 (GLOBE NEWSWIRE) — Eguana Technologies Inc. (“Eguana” or the “Company”) (TSX-V: EGT, OTCQB: EGTYF) is pleased to announce that its Evolve system will be immediately deployed under the recently announced Emergency Demand Response Program (EDRP) by the Hawaii PUC (Public Utility Commission), kick starting advanced Virtual Power Plant activities on Oahu. Due to the pending retirement of the AES coal generating station in September 2022, and delays in renewable/storage projects previously planned to replace its capacity, the PUC has ordered the procurement of 50MW of scheduled dispatch services, or approximately 10,000 5kW residential energy storage systems, from distributed energy storage resources to be installed alongside rooftop solar. Homeowners that choose to purchase and participate will be subsidized up to $850 USD/kW for discharging their solar charged battery for up to 2 hours at full power through evening peak periods, as well as being compensated under existing solar+storage tariffs outside of those periods.

“E-Gear and Eguana have developed the fully integrated E-Gear Evolve over many years with virtual power plants in mind,” commented Eguana Founder and Executive Vice President, Brent Harris. “Hawaiian Electric, the major utility in the state, has directly tested the Evolve system in the lab, as well as the field, with multiple use cases over the past 6 years and it is ready for all phases of this program.”

“E-Gear and Eguana have proven the capability of distributed energy storage systems to resolve a range of concerns on Hawaii’s electricity grid related to aging infrastructure, increased adoption of rooftop solar, and Hawaii’s target of 100% renewables by 2045,” said Chris DeBone, Managing Director of E-Gear LLC. “The impending supply gap being caused by the retirement of the AES CIP plant, combined with the delays in large scale renewables projects and our experience with Hawaiian Electric, have created this moment for distributed energy storage to demonstrate its speed, flexibility, and reliability as a superior solution to meet the needs of our evolving and expanding electricity grids.”

Eguana has confirmed a number of pilot and test programs it has participated in, along with partner E-Gear, and Hawaiian Electric including:

Additionally, the EDRP opens the door for existing NEM (Net Metering) contract holders to increase their solar systems without the risk of contract cancellation, which was previously prohibited in the state. The Company believes this, along with the homeowner subsidy and participation revenue stream, will drive steady demand for the program. Final program details are expected to be announced in the coming weeks and planning for program uptake will be undertaken at that time.

The reader is advised that some of the information herein may constitute forward-looking statements within the meaning assigned by National Instruments 51-102 and other relevant securities legislation. In particular, we include: statements pertaining to the value of our power controls to the energy storage market and statements concerning the use of proceeds and the Company’s ability to obtain necessary approvals from the TSX Venture Exchange. 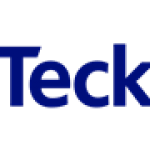 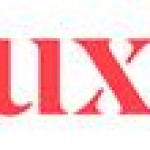