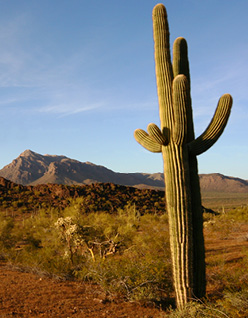 Northeastern Sonora State, Mexico, has enjoyed a thriving mining industry since the early 1900s, when developers were drawn to the area for its amounts of silver, gold, copper and graphite, and one of the country’s largest coal reserves.

The region was extremely active in the 1960s and 1970s amongst Mexican companies, which were given precedence over foreign-run companies. In 1992, the Mexican government relaxed their requirements, allowing more foreign companies access to the region’s prodigious mineral resources, creating a second wave of Sonora mining success.

Vancouver-based silver exploration company El Tigre Silver Corp. seized the opportunity to work in Sonora and is one of the region’s strongest exploration companies. Headed by CEO Stuart Ross, the Sonora region’s mineral resource, political stability, and skilled work force has been a perfect ally for the El Tigre team, who currently owns 100 per cent of nine mining concessions, eight of which make up 431 square kilometres. The El Tigre property in Sonora, Mexico is currently undergoing an aggressive exploration program and tailings production assessment, with plans in place to place tailings stockpile into production, and conduct extensive drill programs to define silver and gold resources, according to Ross.

El Tigre’s success is founded in select management team comprised of experts whose experience was specifically sought after to best suit the El Tigre goals. Ross has over 25 years’ experience in helping public, TSX-listed companies in senior level positions within various sectors, including mining.

“Our directors are an extremely strong team, with most of them selected specifically for the business we are in, they are not just independent directors,” says Ross exclusively to The Canadian Business Journal. “This group has a purpose for us all the way through to production.”

El Tigre’s Vice President of Exploration, Steve Craig, is an accomplished senior mining geologist and resource manager with 36 years of diversified industry experience, 23 of which was with Kennecott Exploration Company, a subsidiary of the Rio Tinto Group.

Working with Steve is a highly qualified team in Mexico. For instance, Country Manager Jose Velazquez is “an excellent geologist who spent years discovering precious metals in the northern part Mexico, in fact he spent 35 years in Mexico within a three state radius of where we are,” says Ross.

Velazquez heads the in country team at Pacemaker Silver Mining, the wholly-owned subsidiary of El Tigre, where he oversees the field staff, drilling, and operations on site.

El Tigre boasts a solid corporate overview, with 37.6 million shares outstanding, and 46.6 per cent ownership of the issued and outstanding shares by Federals Silver, Pinetree Capital Ltd., Directors and Officers and Sprott Asset Management L.P. (as of Dec. 31, 2010). “We have a tightly held, attractive share structure,” says Ross. Federals Silver is the corporation that was the vendor of the property at the time of the property acquisition.

In late March, El Tigre announced its 2012 core drilling program had started on schedule. “The Company contracted Landdrill International Mexico, SA de CV to core drill 5,000 meters distributed in approximately 24 holes. The holes will range in depth from 100 to 300 meters, generally stopping just past the El Tigre Vein. Drilling will be conducted 24 hours per day, seven days per week until finished,” said a company statement.

According to the Ross, the target area is 1.4 kilometres long, reaching 100 metres in width at the affectionately named Johnny Crosscut. “If you get right up on top of gold hill you can see the veins running through to surface. It is amazing.”

“I was in the Johnny crosscut two weeks ago and walked from surface into the target 400 feet right to the El Tigre vein,” he continues. “We sampled that and published the sample results, we have 98 metres of 0 .7 grams per tonne of gold and within that 40 meters of 1 gram per tonne.” With seven holes already drilled in the area, El Tigre is on schedule to have drilling finished by June and publish an updated 43-101 report by September.

Further exploration for 2012 will include core holes to test El Tigre hanging wall disseminated zone to the north of the Gold Hill target.