TORONTO, ONTARIO–(Marketwired – June 30, 2017) - Electrovaya Inc. (TSX:EFL)(OTCQX:EFLVF) (the “Company”), a lithium ion battery supplier, today announced that the Company and Sankar Das Gupta, Chairman and CEO, have entered a Settlement Agreement (the “Agreement”) with Staff of the Ontario Securities Commission (“OSC”).

Electrovaya and Dr. Das Gupta are committed to meeting corporate disclosure standards and regret that they did not satisfy such standards during the Time Period. As a result of the inquiry by OSC Staff, the Company has already taken steps to improve its continuous disclosure. Under the terms of the Agreement, the Company will take several additional steps to comply with its continuous disclosure requirements.

Electrovaya will not face a financial penalty in relation to the Agreement. Dr. Das Gupta has agreed to pay an administrative penalty and upgrade his personal knowledge of continuous disclosure standards.

Below is a summary of actions Electrovaya and Dr. Das Gupta have already taken in response to the inquiry by OSC Staff, as well as actions that will be taken under the terms of the Settlement Agreement.

In connection with OSC Staff’s 2016 review of Electrovaya’s continuous disclosure, the Company:

Under the terms of the Settlement Agreement, Electrovaya will:

Under the terms of the Settlement Agreement, Dr. Das Gupta will:

Dr. Das Gupta commented: “We are pleased to reach this agreement with OSC Staff. The measures we announced today demonstrate our commitment to fulsome and balanced disclosure. With this matter behind us, we can direct all our focus to the Company’s exciting future.”

Electrovaya Inc. designs, develops and manufactures proprietary Lithium Ion Super Polymer® batteries, battery systems, and battery-related products for energy storage, clean electric transportation and other specialized applications. Electrovaya, through its fully owned subsidiary, Litarion GmbH, also produces cells, electrodes and SEPARION™ ceramic separators and has manufacturing capacity of about 500MWh/annum. Electrovaya is a technology focused company with extensive IP. Headquartered in Ontario, Canada, Electrovaya has production facilities in Canada and Germany with customers around the globe. To learn more about how Electrovaya and Litarion is powering mobility and energy storage, please explore www.electrovaya.com, www.litarion.com and www.separion.com 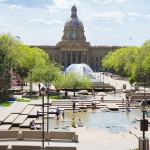