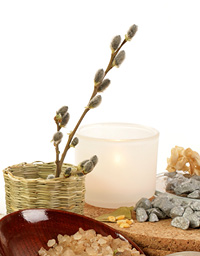 What we can learn from emerging market consumers

Not all projects end up in a merger or acquisition. Last summer our company was charged with assisting a client to enter an emerging market. An intern working with our company was chosen to do the travel and leg work on the file. Dave Wu (Ivey MBA 2009) helped make this happen.

When Beiersdard AG’s Nivea brand entered the anti-aging skincare market in India this year, the German powerhouse employed an army of ambassadors at the shopping centre and speciality stores to educate female consumers on the concept of being “forever young”. Nivea’s business model places strong emphasis on understanding consumer behaviour and product education. Nivea’s strategy has resulted in improved market share within the premium skincare market despite the company’s late start compared to competing brands such as P&G’s Olay.

Hangzhou Wahaha, a Chinese soft drink manufacturer, started out as a small local player. The company has grown to dominate the domestic market by lowering their product price, targeting rural low income consumers, and utilizing patriotism as its branding strategy. The company defied conventional wisdom and broke into a highly competitive industry that is dominated by Pepsi Co. and Coca-Cola in China. Wahaha has since built a US$5.2-billion beverage empire.

Nivea and Wahaha succeed because they found a way to operate efficiently and effectively in an environment in which consumer preferences can fluctuate rapidly and consumer profiles can be vastly different across geographical and cultural regions within a single country. There is no doubt that emerging market consumers will drive the next phase of global economic recovery. We must consider that the market landscape is going to be influenced by both multinational and local players that are now putting more focus on second or third tier cities to seek the next untapped market. When we consider basic demographic and regional differences in income, labour skill, availability of transportation and infrastructure, consumers in these less wealthy regions have a few common but important characteristics. Here we offer two thoughts that will help your company be better prepared to avoid fatal strategic missteps.

Dave Wu observed the following. “First of all, these consumers tend to go for either the cheapest or the best quality products.” Often, consumers in emerging markets value practicality more than status symbol. If you plan to target mass market, can you compete with local players on margin and also build a strong distribution network? If you’re going for premium brand strategy, can you sell and deliver your brand perception? Wahaha realized that countryside consumers were ready for a new cola drink but they weren’t ready to pay for premium brands. When launching the future Cola in rural China, Wahaha priced their product 20 per cent below their U.S. counterparts and successfully captured the majority of the market share. Wahaha had one goal in mind—produce and sell the lowest cola drink on the market. The operation of the entire company was focused on this goal, and they successfully priced out other competitors.

“Secondly, you want your customers to truly understand the benefits and the value proposition of your product. This means your ground sales force will not only be product experts but also have the ability to influence the way your target customers think and behave.” Many consumers in the rural area learn about the product and make the purchasing decision right at the store. Detailed product descriptions and expert sales forces have become mandatory for any mass retail outlets. In India, Nivea partnered with local male professional athletes to introduce male deodorants hoping the concept will resonate with young male adults.

The company also deployed women with entrepreneurial sprits in towns and villages to push skincare products to their family and friends. For Nivea, despite its strong brand recognition in Europe and North America, they have to build their brand image in India from the ground up in less wealthy regions. The implication for a smaller international player, such as an independent Canadian operator, is that the company can create a market niche through a deep understanding of how the consumers make their choices. Partnering with a successful small local retail chain, for instance, can help your company gain a tremendous insight and quickly catch on to the next new trend.”

Operating in an emerging market requires an open-minded and patient approach. Small margins and rapidly changing consumer tastes mean that your product development needs to be quickly adaptable to the next trend. Innovation becomes a daily routine.

At the end, your role is to grow together with these consumers and hope that they will continue to have your product at the forefront of their mind space.

Mark Borkowski is president of Toronto based Mercantile Mergers & Acquisitions Corporation. He can be contacted at mark@mercantilema.com

Dave Wu (Ivey MBA 2009) is currently working with an international bank based in Toronto. He can be contacted at davewuivey2009@gmail.com