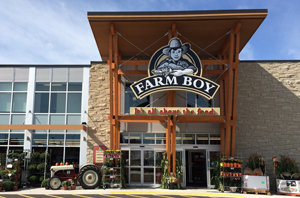 CBJ — Empire Co. is acquiring Ontario-based food retailer Farm Boy in a bid to expand its reach, mainly in the Golden Horseshoe area of southern Ontario, including Toronto.

Empire, whose holdings include Sobey’s, wants to increase its foothold in the country’s largest province and believes the Farm Boy brand and its 26 locations will be beneficial in accomplishing that goal.

Farm Boy opened its first grocery store in Cornwall in 1981, and offers fresh foods and its own private-label grocery products, a format which has drawn some comparisons to popular U.S. food retail chain Trader Joe’s.