WINNIPEG, Manitoba, Dec. 03, 2019 (GLOBE NEWSWIRE) — Empire Industries Ltd. (TSX-V: “EIL”, “Empire” or the “Company”) is pleased to announce that it intends to complete a non-brokered private placement to a single investor of 20,731,707 common shares at an issue price of $0.41 per share for gross proceeds to the Company of $8,500,000 (the “Private Placement”).
Closing of the Private Placement is subject to customary conditions, including receipt of all regulatory approvals. The common shares issued pursuant to the Private Placement will be subject to a four month and one day hold period. The Company intends to use the proceeds from the Offering for retirement of the Facility C term portion of its senior secured credit facility and for general working capital purposes.“The Company has been working hard to strengthen its balance sheet and minimize shareholder dilution by finding strategic investors who are interested in helping the Company accelerate the execution of its business strategy through adding value to the Company in addition to providing equity financing,” stated Guy Nelson, CEO of Empire, “This private placement is a tangible example of this strategy at work.”About Empire Industries Ltd.Empire focuses on designing, supplying, and installing iconic media-based attractions and ride systems for the global theme park industry. Empire also uses these same turn-key integration services for special projects such as large optical telescopes and enclosures. Empire also has commenced an initiative to leverage its world class flying theater and attraction development capability on a co-venture ownership basis. Empire’s common shares are listed on the TSX Venture Exchange under the symbol EIL. Empire’s common shares are listed on the TSX Venture Exchange under the symbol EIL.For more information about the Company, visit www.empind.com or contact:Reader AdvisoryThis news release contains forward-looking statements, within the meaning of applicable securities legislation, concerning Empire’s business and affairs.  In certain cases, forward-looking statements can be identified by the use of words such as ‘‘plans’’, “evaluating” ‘‘expects’’ or ‘‘does not expect’’, ‘‘budget’’, ‘‘scheduled’’, ‘‘estimates’’, “forecasts’’, ‘‘intends’’, ‘‘anticipates’’ or variations of such words and phrases or state that certain actions, events or results ‘‘may’’, ‘‘could’’, ‘‘would’’, ‘‘might’’ or ‘‘will be taken’’, ‘‘occur’’ or ‘‘be achieved’’.  These statements involve known and unknown risks, uncertainties and other factors that may cause actual results or events to differ materially from those anticipated in such forward-looking statements. Although Empire believes these statements to be reasonable, no assurance can be given that these expectations will prove to be correct and such forward-looking statements included in this news release should not be unduly relied upon. Such statements include statements with respect to: (i) the closing of Private Placement; and (ii) the use the proceeds of the Private Placement to repay a portion of its secured debt and for general working capital purposes.  Actual results could differ materially from those anticipated in these forward-looking statements as a result of prevailing economic conditions, and other factors, many of which are beyond the control of Empire. The forward-looking statements contained in this news release represent Empire’s expectations as of the date hereof, and are subject to change after such date.  Empire disclaims any intention or obligation to update or revise any forward-looking statements whether as a result of new information, future events or otherwise, except as may be required by applicable securities regulations. Neither the TSX Venture Exchange nor its Regulation Services Provider (as that term is defined in the policies of the TSX Venture Exchange) accepts responsibility for the adequacy or accuracy of this release.
CBJ Newsmakers 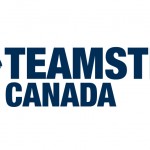 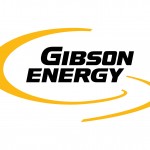