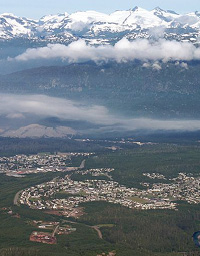 The future of the Enbridge Northern Gateway twin pipeline project and how it will ultimately proceed is a decision that could still be a long way off with numerous dissenting views on the contentious matter, not the least of whom is a corporate shareholder.

Ethical Funds, whose parent company is NEI Investments based out of Vancouver, has made it abundantly clear it is definitely unsatisfied with how the project has advanced to this point and it’s been made clear to The Canadian Business Journal that the disagreement could possibly lead to a parting of ways.  Judging by votes cast on a resolution motion at the Enbridge AGM, there might be others.

NEI Investments is owned 50 per cent by the Provincial Credit Union Centrals and 50 per cent by Desjardins Group, the largest association of credit unions in North America. This backing of experience and resources allows NEI Investments to actively support business growth as well as independent advisor channels.  Along with its Vancouver headquarters, NEI Investments also has offices in Toronto and Montreal.

The Northern Gateway pipeline development is scheduled for development between Bruderheim, Alberta just northeast of Edmonton to Kitimat, B.C., covering a distance of 1,177 km.  It’s expected to be completed in a three-year timeframe.  It’s been estimated the project would create about 3,000 temporary construction jobs as well as 100 long term jobs to run the daily operations from the main terminal.  The eastbound pipeline would import natural gas condensate and the westbound pipeline would export crude oil to Kitimat and from there by transported Asian markets by oil tankers crossing the Pacific Ocean.

The investment philosophy of Ethical Funds, and by extension NEI Investments, is that companies who incorporate environmental, social and governance best practices will provide stronger returns in the longer term and with less risk to the investor and so NEI has a policy of requiring specific data to assess a company.

“In order to do our analysis of companies, we actually require that environmental, social and governance data,” he told CBJ.

On the topic of the oil sands there are many questions Ethical Funds – and by extension NEI Investments – believe are unresolved and must be resolved in order for any type of business partnership to continue into the future.

“It seems quite clear that there are environmental and social impacts that have potential to drive down company value over the long term, so that’s obviously a concern for investors such as us,” Bonham says.

Such risks could include regulatory standards, litigation, social licence to operate and assurance that the company is doing its part to mitigate each of those potential problems.

The Pembina Institute published a report indicating the pipeline will have adverse effects on land, air, and water.  Some of Enbridge’s shareholders have asked the company to investigate the unique risks and liabilities associated with the project.

The energy sector is a huge aspect of our economy, accounting for about 25 per cent of the listings on the Toronto Stock Exchange.  The reality is we couldn’t get away from it even if we wanted to do so.  The oil sands provide a genuine economic opportunity for Canada.

On the one side you have the environmental and social impacts and on the other side you have the economic benefits.   From your perspective, obviously you must feel the positives outweigh the negatives, with Ethical Funds being a major shareholder.

The oil and gas behemoth is lurching forward with its project to build the twin crude oil pipeline, but significant opposition among First Nations communities stand firmly in the path. These communities are located along the proposed pipeline route, and have an undeniable stake in the fate of the project.

Until now, Enbridge has somewhat downplayed opposition from First Nations groups.  Some would opine it has failed to address this issue and lay out a plan of action for all its shareholders.  This is a serious concern to some investors, who have a stake not only in the company’s operations, but its reputation. Ethical Funds is demanding that the company get this project right.

In light of its leadership position, Ethical Funds filed a shareholder resolution that was tabled at Enbridge’s annual general meeting in Toronto.  The demand was to have the company outline a sustainable course of action.  From the very beginning, Ethical Funds has taken the stance that Enbridge must receive the consent of the impacted First Nations communities in order to fulfill the corporate responsibility to its shareholders in spite of the National Energy Board’s approval.

Bonham concedes that filing the resolution was oppositional in nature, but necessary nonetheless in order to keep the interests of their shareholders as the top priority.

“In this case it was one of those situations where we just couldn’t see eye-to-eye with the company,” Bonham says.  “They did take the time to talk to us and tell us their side of the story but we fundamentally disagree with the company regarding the risks of the project, and thus the resolution.”

The motion filed by Ethical Funds to force Enbridge to properly address the risks associated with staunch opposition from a number of First Nations’ communities ultimately failed.  Just less than 29 per cent supported the motion.  Another 61 per cent voted against while slightly less than 11 per cent chose to abstain.

“For these types of environmental or social proposals that’s a very strong result,” Bonham notes.  “Generally they don’t get a result that is so significant and so combined with a fairly significant First Nations’ presence at the AGM itself I do think it delivered a message to the company that investors were fairly concerned about this issue and the terms of the response from the company at the AGM they did note the strength of the vote and that there is obvious concern about the opposition to the pipeline and what the risks are associated with that.  They committed to talking to us further to try and answer the questions that we raised in our resolution.”

At the AGM in Toronto, the Yinka Dene Alliance brought their message of “No Pipeline” directly to the head of Enbridge, protesting outside of the meeting at the King Edward Hotel in the heart of the downtown core.

“This isn’t about deals,” Chief Jackie Thomas said during his visit to Toronto. “Enbridge says they’re open to talking with us about benefits. There is nothing to talk about. This is a project we cannot and will never accept.” The Yinka Dene Alliance says its territories and communities require the land to be sustainable to them for food and clean water supply.

For more than six years Ethical Funds has held Enbridge shares in their Ethical Balanced Fund.  Enbridge is one of the top 10 holdings in the fund with 148,700 shares worth about $6 million.  In many ways it’s a large amount, for both NEI and those who’ve invested and so the concern is warranted, but from Enbridge’s perspective, the amount represents a very small piece of their shareholder base – less than 1 per cent.

But there are a number of First Nations’ communities who have gone on record as saying they will never accept this project, under any terms.  This hardline stance would seem to put Ethical Funds in a tough position, if the goal is to have everyone on board before being part of the project.  It’s an unrealistic prospect, to which Bonham agrees.

“I think it’s a good question as to whether they can ever get the full support of communities along the route,” he conceded.  “I don’t want to speak for them (First Nations); I think for us the question is the size of the opposition because it isn’t really a case of one community standing out saying they’re opposed to this.  What we see is multiple communities voicing very similar sentiments that under no circumstances will they support the project going ahead.  It perhaps goes beyond a realistic expectation that every single community and every single person will be happy with the project but I do think it is a reasonable expectation that this level of opposition would not be there if you’re planning to go ahead with a project, because I do think it will create a significant risk – and this will go to the courts, that’s pretty much guaranteed.”

It’s a matter of what comes out of those court challenges that will determine the next move for shareholders such as Ethical Funds.

Greenhouse gas emissions, water usage and First Nations’ engagement are three main examples of metrics used by Ethical Funds to gauge the feasibility of moving forward as part of such a massive project via shareholder investment.  Within those parameters is a plethora of contradictory information is never far off based on what particular study and/or report is being scrutinized. From an investment perspective, it is a colossal headache to manoeuvre through in trying to determine what information is accurate and what is not.

“The short answer is yes, it’s very difficult,” Bonham admits.  “That’s probably our greatest challenge – trying to get at the root of what is the real information out there.  We do get conflicting information from various groups, be it the company, NGOs (non-governmental organizations), from government sources – whoever it may be. There’s no easy answer to that.  Our route is that we try to engage in substantive dialogue both with the company, and where applicable, with others to find out more and get to the heart of what is the source of information and do we trust it.”

The next step according to Ethical Funds is to hopefully sit down with Enbridge and discuss the concerns in greater detail and see if those concerns can adequately be alleviated.  If not, Bonham wouldn’t rule out the possibility of Ethical Funds pulling out as a shareholder, despite the fact Enbridge has been a strong company to deal with in virtually all other business ventures providing strong rates of return.  Bonham hopes it doesn’t come to that point.

“If things stay this way and this level of opposition exists and we get to the point where there is talk of still pushing the project ahead despite it – that would have to be a consideration.  That’s probably when an issue like divestment would come into play.”

That is a worst-case scenario that Bonham hopes won’t be the final result.

“We do believe strongly in the company (Enbridge) and the quality of the company and also its progressive nature,” Bonham says.  “It really is a well-run company that does a lot of things right.  This project is an anomaly as far as we’re concerned.”

What makes this situation so hard for Ethical Funds is the fact Enbridge has been a solid performer for shareholders in virtually all of its other projects, and so there’s also a realization that overreaction could come back to haunt them.   But getting past this current crisis may prove too big to overcome.

“They have provided fabulous returns to shareholders and genuinely have been progressive on a number of fronts whether it’s renewable energy or dealing with their own internal greenhouse gas emissions, they’ve been a leader in the pipeline industry,” Bonham remarks.  “That reputation they’ve built up is at stake here.  If they continue to go ahead with this level of opposition, it can only get messy.  At that point, there is a lot of goodwill they’ve built up that could be significantly damaged by this project.”