CBJ — More bad news for energy companies in Calgary with word that Encana had a net loss of US$379-million for the first quarter as revenue fell 40% compared with the same time last year.

Encana is adjusting to persistently low commodity prices and recorded $607 million in asset writedowns and $22 million for restructuring charges during the quarter ended March 31.

Its operating loss was $130 million or 15 cents per share, which was even lower than analysts’ expectations.

Net loss including the writedowns amounted to 45 cents per share, compared with $1.71 billion or $2.25 per share a year earlier and an estimate of 20 cents per share.

Revenue after royalty payments fell to $753 million from $1.25 billion in the first quarter of 2015.

A year earlier, Encana had an operating profit of $19 million or three cents per share after eliminating the impact of $1.2 billion in asset writedowns and other items. 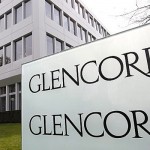 Glencore May Sell $2 Billion Mine 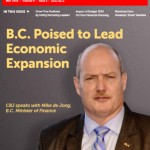 May Issue of The Canadian Business Journal Now Available