End the Bank of Canada’s Fixation on Inflation

The Bank of Canada recently launched public consultations on its Monetary Policy Framework, which is scheduled for renewal next year. The Covid-19 pandemic and double-digit unemployment could finally end our central bank’s fixation on inflation. An updated mandate should recognize that monetary policy must aim not only for low inflation, but also for high employment.

After struggling to manage inflation in the 1970s and 1980s the federal Minister of Finance and the Bank of Canada unveiled inflation-targeting in 1991 and entrenched the 2% target in 1993. Even in the midst of a major recession, the central bank committed to raising interest rates to limit borrowing, spending, investment and ultimately employment as much as needed to squeeze inflation down to 2%. Periodic interest rate hikes to constrain domestic demand proved palatable because they coincided with, and were offset by, falling exchange rates and expanding export demand through the 1990s and early 2000s.

Since then, Canada’s economy has been buffeted by the 2008 global financial crisis, the 2015 collapse of commodity prices, and the current global pandemic. In these three crises, inflation has not been a serious problem and Canada has not been able to rely on export growth. To its credit, the Bank of Canada responded to all three crises by cutting its overnight rate to near zero to facilitate borrowing, spending and investment. Lower interest rates and other monetary interventions helped to shore up domestic demand and save jobs.

But rather than embracing the obvious priority of safeguarding employment during economic crises, Canada’s central bankers attempted to fit their policy responses into the paradigm of inflation targeting. In particular, they contend that the inflation target is “symmetric,” meaning they are as concerned about inflation falling below 2% as about it rising above 2%. Everything the Bank of Canada did to enable borrowing, spending and investment during times of crisis is thereby rationalized as helping to raise inflation back up to the 2% target.

Few Canadians outside the central bank would accept boosting inflation from 0% or 1% to 2% as a more important goal than maintaining and creating jobs. But if our central bank ultimately pursued appropriate policies, why should Canadians care that these policies had to be oddly justified in terms of inflation targeting?

One concern was that the Bank of Canada’s focus on inflation slowed its response to the global financial crisis. The U.S. Federal Reserve, which has a dual mandate to achieve stable prices and maximum sustainable employment, cut interest rates considerably sooner and deeper in 2008. However, both central banks were quick in responding to this year’s economic disruption from Covid-19.

A more fundamental issue is that the Bank of Canada’s “symmetric” rationalization only works for economic downturns that lower prices. While the 2008 global financial crisis and the 2015 collapse of commodity prices obviously reduced inflation, the current pandemic is more complicated. As outlined in the Bank of Canada’s latest Monetary Policy Report, Covid-19 has reduced demand (and hence prices) for products such as gasoline, travel and clothing while increasing demand (and prices) for others such as cleaning supplies and non-perishable food. So far, the net effect has been lower inflation, which allows interest rate cuts to be cast as spurring inflation back up toward the 2% target.

However, it is easy to imagine the current pandemic or some future crisis evolving in ways that do not lower inflation. If economic stability and jobs were threatened while inflation remained at 2%, Canadians would still rightly expect our central bank to facilitate borrowing to finance spending and investment that support employment. But the Bank of Canada would be unable to justify such needed monetary policy as a means of restoring inflation to its target.

Central bankers understandably sought to fit monetary policy responses to recent crises into the paradigm of inflation targeting. But at some point, the accumulation of crises and responses that are not about controlling inflation must produce a paradigm shift.

During the global financial crisis, the collapse of commodity prices and the Covid-19 pandemic, the Bank of Canada has played an important role in facilitating borrowing, spending and investment that supports Canadian jobs. Next year’s mandate renewal should officially recognize maintaining and creating employment as a key goal of monetary policy to ensure that our central bank can respond effectively to future economic challenges.

Erin Weir was the Member of Parliament for Regina-Lewvan from 2015 to 2019. 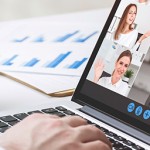 Ehave Expands Its Psychedelic Mental Health Platform with Medchart, a Leader in Medical Record Software, as a Plugin to the Ehave Dashboard