By Jenna Wong and Robyn Tamblyn

If you take prescription medications, what conditions do you take them for? Are they working for you? Have you experienced any negative side-effects from them?

It may surprise you to know that answers to these critical health questions aren’t well documented for most Canadians. Yet the answers would provide the crucial information needed to ensure our medications are safe and worth taking after they’ve been approved for use.

Before prescription drugs are approved in Canada, they are tested under controlled conditions in relatively small numbers of patients (several hundred to several thousand) with selective characteristics (patients of certain ages, races, ethnic groups or genders). But once medications are approved, they aren’t monitored as closely as they should be.

We need to significantly improve our system of post-market surveillance for prescription drugs in Canada to make sure we are continually monitoring their safety and effectiveness in real-world settings.

First, adverse drug reactions may surface that were not previously detected in smaller pre-regulatory trials. Recall the unfortunate case of 15-year-old Vanessa Young who was taking cisapride for her gastrointestinal symptoms and died after suffering a heart arrhythmia — a life-threatening side-effect of the drug that surfaced only after it was released onto the market.

Second, the use of a drug may broaden over time to include milder forms of the disease or even different medical conditions that were not assessed during the drug’s pre-market trials. Take antidepressants, for example. These medications are being increasingly used for conditions other than depression. New research has found that nearly one in three antidepressant prescriptions are written for unapproved (“off-label”) conditions — most of which are not backed by sufficient evidence.

To adequately monitor the safety and effectiveness of medications in real-world settings, we need a timely post-market drug surveillance system that can identify the reasons why patients are taking their medications and follow patients to detect adverse drug reactions and determine if their medications are working.

How are we doing so far? Not great.

The medical reasons for prescriptions are not often explicitly documented in patient charts, nor is this information required for patients to fill prescriptions or receive reimbursement for drugs. So, when it comes to drugs like antidepressants that can be prescribed for different medical conditions, not knowing why a patient is taking a drug creates major challenges for assessing the drug’s effectiveness and appropriateness of use (i.e., whether the use is backed by regulatory approval or scientific evidence).

Canada’s Adverse Drug Reaction Reporting System has many flaws, including the fact that it relies upon voluntary reporting by physicians via a reporting process that is time-consuming and outside of routine procedures. In fact, it’s estimated that less than five per cent of all adverse drug reactions are reported to Health Canada.

Once drugs are released onto the market, their real-world effectiveness is not systematically monitored. It’s troubling to know that we currently have no large-scale mechanisms in place to track whether patients are experiencing the anticipated benefits from their medications.

We need a national post-market drug surveillance system that mandates the systematic collection of data on the reasons for drug use, adverse drug reactions and effectiveness, and governs the use of health information technologies to collect these data.

Health information technologies offer the opportunity to seamlessly collect such data as part of the care process and even enhance patient care. For example, electronic prescribing systems could prompt physicians to record the reason for treatment when drugs are prescribed and alert physicians to potential prescribing errors or present alternative treatment options when prescriptions are not evidence-based.

When prescriptions are cancelled, renewed or modified, electronic medical record systems could prompt physicians to record details about adverse drug reactions and effectiveness, which would also ensure that details about a patient’s treatment history and experiences with past therapies are documented.

Many Canadian provinces have implemented centralized drug information systems to track all medications that patients are receiving. If these systems are to contribute towards an effective post-market drug surveillance system, they need to additionally collect information on the reasons why medications are being prescribed and the outcomes that they produce.

Medications can be life-saving. But they are only as good as our knowledge about them. It’s time we stepped up our game and kept better track of our experiences with medications.

Jenna Wong recently received her PhD from the Department of Epidemiology, Biostatistics and Occupational Health at McGill University and will begin a post-doctoral research fellowship in the Department of Population Medicine at Harvard Medical School beginning in 2018.

Robyn Tamblyn is an expert advisor with EvidenceNetwork.ca and James McGill professor in the Departments of Medicine and Epidemiology, Biostatistics, and Occupational Health at McGill University. 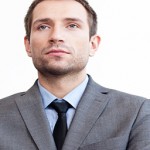 What the Best Leaders Do
Nuvei completes acquisition of SafeCharge for US $889 million, strengthening its global payment technology and reach